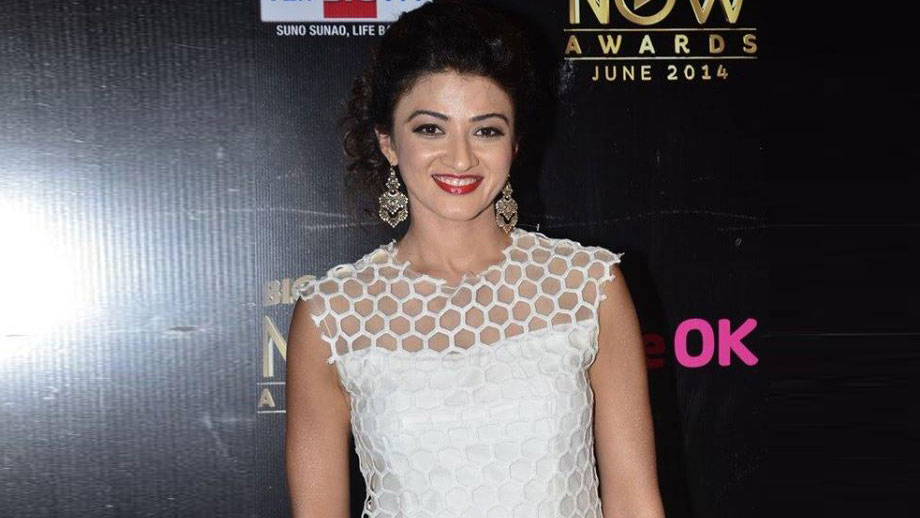 Says Suhasi, “The graph of my character is going as per promised, and even the audiences are warming up to our efforts. Last month, our numbers jumped from 1 to 1.5. As of now, I can’t say, for IPL might be a dampener for our 10.30 time slot; it falls right in the middle of the death overs.”

Talking about the plot, when Vedika joined hands with Badi Amma and got Sahil (Karan Jotwani) married to someone else forcibly, she says, “My character was guilt-tripped into it. You also need to appreciate that so far, she does not love him but cares a lot for him. Societal pressure prevents her from taking the plunge. She regards him as a friend who will go out on a limb for her, unlike anyone else.”

“And let’s face it; such drama is required to hook the audiences. Especially, since the main couple is not shown together. Till the main character does not cry buckets, it is not enough,” she adds.

Personally speaking, Suhasi would like Sahil and Vedika to get married. “Having said that, it will bring its own share of issues, i.e. she might not be able to give him his own child and her full time, as she has a daughter from her dead husband. Plus, there is a huge age gap between them, so there will be differences in perceptions towards life. Even when men and women are of the same age, women tend to mature faster. Being more socially emancipated, I would not let society dictate what two lovers should or should not do.”

What is the feedback you are getting? “The younger lot wants them to get hitched ASAP. But the older generation has reservations. Recently, when I met some ladies from my colony, on one hand, they cautioned me against marrying Gautam (Mohit Dagga), but on the other, they did not want Vedika to spend her life with Sahil too, citing various reasons. They want to her to be alone.”

Looking ahead, while she has no idea about how the plot will go forward, she says, “Based on my TV experience, I don’t see them coming together any time soon, as the audiences seem to like them apart. Also, as they say, any romance which has seen struggle is better appreciated.”

All the best to you, Suhasi!!