Chhavi Pandey who is part of Ladies Special gets into a conversation with IWMBuzz.com. Read it here. Gorgeous Chhavi Pandey, who hails from Patna, is essaying the character of ‘Prarthna Kashyap’ in Sony Entertainment Television’s Ladies Special. Prarthna is the only earning member in her house; the responsibilities have made her mature and harsh to the world outside.

Talking about her character, she says, “I am very excited to be a part of Ladies Special and play such an interesting character. This is a challenging role as I have to act mature than my age. I can relate to my character as she also keeps her family before herself. The best part about the show is that the makers have identified the cast according to their role and region which will help in bringing out the real essence of the role.”

She further adds, “The reason I took this show was that it is based on the everyday challenges of a woman’s life and also give them solution to tackle those situations. It is very relatable and audience will easily connect to all the three leads of the show.”

When asked if she feels pressure of being compared with season 1 of the series, she avers, “There will be no comparison and also I feel no pressure. The reason why I am saying this is because that show was made according to that time. Now, this season will focus on the current scenario. I am giving my 100% to the character to make it look as real as I can. My work will be watched by the audience and till now I have heard good reviews on the show.”

“I truly believe that this series will promote women empowerment. I will talk about my character Prathana, who is quite aged but unmarried; so there are girls like me who are unmarried. Society pressurises such girls and their parents which is very disgusting. Society feels a girl should get married by the age of 22, but that is not the thing. A girl should be independent like Prathana and when she feels the right time has come, she should go ahead to take the step of marriage. Age doesn’t define marriage. If they will see how Prathana is struggling with her family and fighting with the society it will be a lesson for them.” 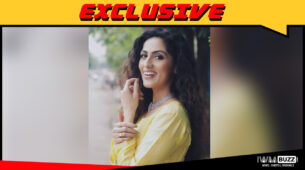