Senior actor Amit Behl will be portraying the role of the very wise and learned Varahamihir, one of the senior most of the ‘Nine Jewels’ (Navratn) that adorned the court of King Vikramaditya in the &TV show, Vikram Betaal Ki Rahasya Gaatha (Peninsula Pictures).

Though Amit Behl has been part of many historicals before in his vast TV and theatre career, he actually treats this role differently, because of the huge amount of wisdom that Varahamihir was bestowed upon.

Says Amit Behl, “Acharya Varahamihir shared a very good ‘Acharya –Shishya’ relationship with Vikramaditya. Their relationship was similar to what Chanakya was to Chandragupta Maurya.”

“Varahamihir was very learned, with immense knowledge in astrology and astronomy. He had specific gadgets which helped him predict the future. Knowing Vikramaditya’s impulsive and headstrong nature, Varahamihir would always warn him wherever he would foresee danger. He was also the confidante of Rani Padmini,” adds Amit.

Adding more to his character, the actor states, “Varahamihir has certain firmness to his character. He is always sure of what he says and does. And with me doing such historical roles in both my theatre and TV career, I have the body language and the Hindi diction in me to play such roles. Hence playing them becomes much easier.”

Amit Behl says that working with his co-actors in the show will be a cakewalk as he knows them and has worked with them in his long career. “I have earlier worked with Aham Sharma, Ishita Ganguly and Sonia Singh. Of course, the association with Sooraj Thapar and Makrand Deshpande is long enough.” 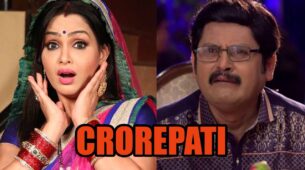