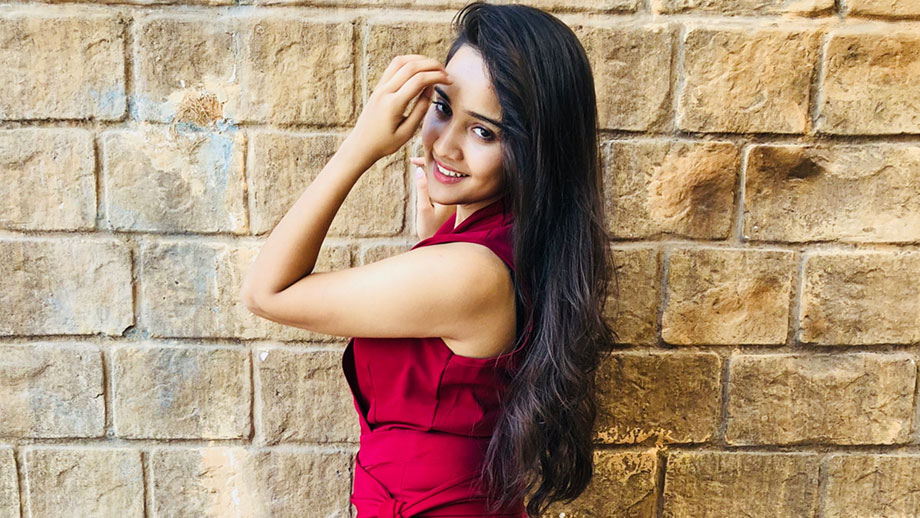 Sony show Yeh Un Dino Ki Baat Hai is currently focused on the college election track, where lead girl, Naina (Ashi Singh), is facing off with the college babe, Suniana. And yes, to raise the drama, her best friend, Swati, betrays her. See the show to find out more.

Although Ashi personally hates politics, “I am enjoying the track, for the entire campaign and the dirty games that abound, is fun to play. It also comes as a refreshing change to the normal family and romantic tracks.”

Point out to the recent JNU fracas, and she says, “I am aware of it, but don’t want to comment on matters that are not in my area of interest.”

Ashi definitely feels that she has grown as an actor since her first day on the job. “Like all, I too have put in my bit and hope that the audiences continue to shower their love and affection on me. I am often told that Naina’s simplicity is liked by one and all.”

Coming back to acting, Ashi says, “This craft is inbuilt and can’t be learnt, but yes, lessons can only help groom your skills further.”

Interestingly, when asked about her on and off screen equation with her co-stars, Ashi says, “On screen, it is superb; off screen, not that perfect, yet we get along well.”

When asked to distinguish between school and college romance, which is the mainstay of the early nineteen nineties-based show, Ashi quips, “While I don’t have personal experience, from whatever I have learnt from friends and doing the show, it is that the former is more innocent, while the latter is a co-terminus with responsibilities, for example, Naina wants to help her fellow students as elected college representative.”

Looking ahead, she would want to shed her simple girl avatar and try out something dark and complex like Jennifer Winget pulled off as Maaya in Beyhadh.

She would also be game for web series, which have meatier plots than TV shows. “Of late, I have really liked Sacred Games.”

She did not have any issues with the overdose of sex and abuse in this Netflix Original, “For I kept my attention on the gripping story. Having said that, the above edgy elements were part of the mosaic and did not appear forced.”

We wonder if she will be ready for similar avatars.