Rohit Raut who is one of the five finalists to give his best at the Indian Idol 11 finals on Sony TV gets into an exclusive conversation with IWMBuzz.com. 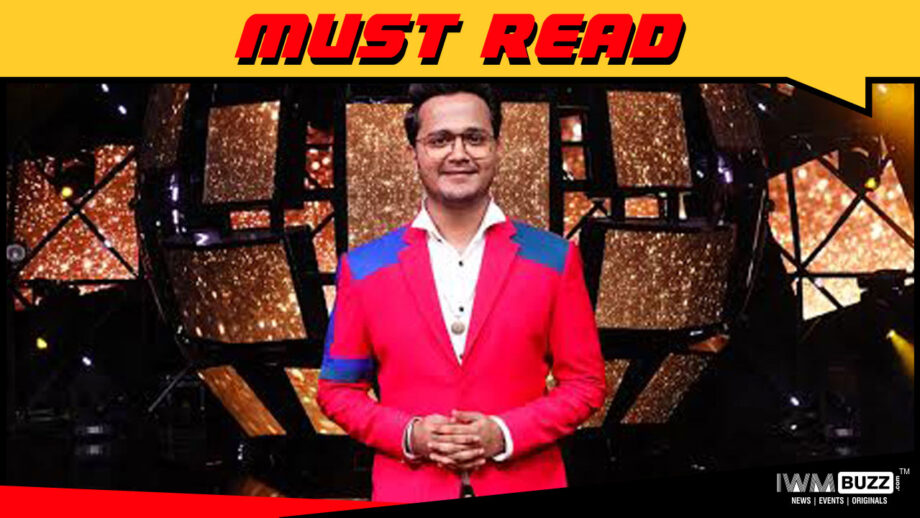 Indian Idol 11 the popular singing reality show on Sony TV will announce its winner this weekend, and contestant Rohit Raut from Latur, one of the finalists holds a huge chance of bagging the coveted trophy.

Rohit who is a powerhouse of talent, singing with poise and depth, is being loved for his performances.

In an exclusive chat with IWMBuzz.com, Rohit talks about his journey with Indian Idol, on his chances of winning and on life ahead.

Says Rohit, “Like every contestant singing in the finale of Indian Idol, I too have the expectation to do well and win the title. But at the back of my mind, there is a thought that we have all reached this stage of the show after gaining the love of the fans, family and friends. So this in itself is a huge achievement. When we entered the show as mere contestants, nobody would have thought that they will make it to the finals. Everyone dreams to become the Indian Idol, but as per the format, only one contestant will be chosen as the winner. It is my dream too to win the title. Having said this, I am honoured to have got the immense love of fans.”

Ask him if he will want Lady Luck to smile on him for one last time in the show, by giving him the maximum votes, like the earlier few weeks, and Rohit states, “I will not say that I am lucky to be getting votes. I feel that whoever has been singing well in a given week has been getting most votes. Indian audience does not vote only with love, but also votes after listening to the contestants. I am just scared right now, and hope that my performance in the Finale goes well too.”

On whether the baggage of being the contestant to get most votes over the last few weeks, has made him over-confident in some way, Rohit explains, “I guess more than over-confidence, it is the pressure of the competition that is high right now. We have reached a phase now wherein just one mistake can send you out of the show. The last three weeks have been very crucial in terms of singing and performing as we had to make a place in the Finals. So it was all flawless singing. All the contestants are singing really well. Every finalist has a different genre as forte, so the competition is mostly within an individual.”

Ask him about his journey in Indian Idol 11 and Rohit quips, “I have been fortunate to have had a great journey with the show. Few performances were low, but by God’s grace, I picked up well. The best moment for me was when Amit Kumarji had come and I had sung ‘Ek Chatur Naar’. The getup with the wig was something really good. In fact, the technical rehearsal did not go well, and I was worried about that performance of mine. But when it got shot, it came out very well and it was important for me.”

On his forte as a singer, the talented singer says, “Fusion is my forte. Whenever I have mixed Indian classical with westernized rock, I have done well and people have appreciated it.”

Rohit has had a whale of a time with the contestants in this long Indian Idol journey. Talking about his best friends, he states, “My best friends are Shahzan Mujeeb and Rishabh Chaturvedi. Shahzan was actually my room partner for the last six months. I was very emotional when he got out. It was shocking for all of us. Rishabh is a great human being, mixes a lot with people.”

Ask Rohit if he desired to see anyone else apart from the chosen ones to be in the finale, and he answers, “If I answer keeping in mind the emotional quotient, I can name many who could have been in the finals. But musically and technically if you see, whoever performed well on a given day and whoever did not, have been rewarded accordingly. When the top 15 got selected, every one of them was capable enough to get to the Top 5. But all that matters it the temperament with which you sing on a given day.”

Who according to you will win Indian Idol 11? “This is a tough one. Everyone in the chosen five has a great quality. But ultimately, I swear by God, if it is not me, then I want Ankona Mukherjee to win. She has been the most intelligent singer I have seen in any reality show. Having said this, I really feel I should win this.”

What will you do if you ultimately win? I don’t know what I will do. Maybe I will jump in joy, but yes, I will be very happy if I win.”

Finally, your message to your fans will be, “I will always be singing good songs. I will be humble and treat every fan of mine as a family. I try to reply to my fans whenever I get time. I feel if I can bring a little smile on the faces of fans, that’s an achievement for sure.”

Rohit’s ultimate dream and aspiration is to become a leading playback singer.

Rohit here’s wishing you all the very best for the finals of Indian Idol 11.