In conversation with Rohit ‘Khiladi’ Shetty 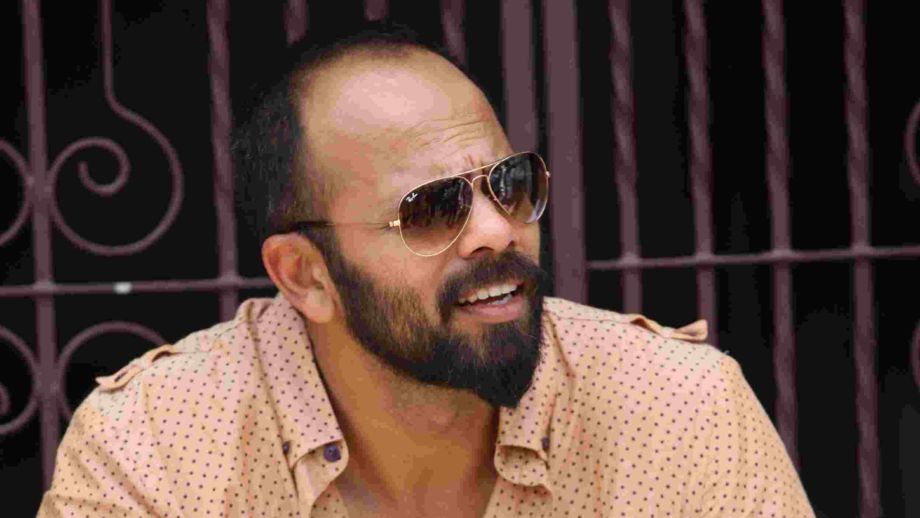 Bollywood super director Rohit Shetty is back as the host of Colors reality show Khatron Ke Khiladi. The dynamic, beefy and brainy Rohit is set to enthrall viewers again with his charismatic anchoring skills. Indianwikimedia met up with Rohit at the launch press conference of the show and here’s documenting the conversation with the man of substance. Excerpts

Hi Rohit…You were not seen in the last season of KKK which was helmed by Arjun Kapoor…reason for absence?

I had opted out of last season for last November I was shooting for Dilwale and they could not adjust the dates. I gave them the go ahead. I have been with Colors ever since the format shifted channels after a break.  I sat down with them and worked out what to do and luckily our 2 previous seasons rated well.

What do you feel about the current crop of contestants?

I am really looking forward to this season for the contestants, such as wrestler Geeta Phogat (Dangal fame) popular TV faces like Karan (Wahi), Rithvik (Dhanjani) and Nia (Sharma). Both Karan and Nia are very young and sweet so it would be fun to see them challenge their fears.

Will Geeta not have added advantage given her sport background?

She will have different set of stunts compared to others.  And you need to understand that being a sports person automatically does not qualify you to be a stunt person.

Shooting in Spain will we see contestants battling bulls?

I can’t say but you will really see different animals, names of some even I had no clue.   Also watch out for the stunts, we have gone a notch higher than last time yet again.

Although the tigers and cheetahs are trained, yet, you have to be very careful.   I was told that if they walk away, don’t try to cajole them as we do with pets, lest it angers them.

You are known to push the contestants to up their game??

I always egg them, but sometimes luck fails or they get scared.  Most times stunts can get completed in re takes, but here they just get one crack.  I was disappointed when Gurmeet Choudhary could not win the finale in my first season.

You help in preparing the stunts?

Yes I make sure that the stunts are doable, like last time they had to walk across two buildings at 9th floor height on planks. But after lot of preparation, I realized that it was not safe given the gravity, hence I myself called it off at the eleventh hour.  These challenges keep up on our toes for a failed stunt does not make for good content.   And plus we have limited time; we have to can the entire schedule in 40 days flat.  Remember, one stunt in the first season which took us lot of efforts to prepare, yet  no one completed,  I lost it because,  it was doable so  gave them a piece of my mind. We also don’t plan stunts keeping in mind the sex of the contestant; each team has a guy and a girl doing the same dare.   Some time girls end up finishing the task while guys fail.

Do numbers matters to you?

Yes, ratings matter to me like Box Office figures.

Any last minute advice to the contestants?

I always tell them that since they are untrained, they need to keep two things in mind.   First… try to get the technique as spot on as possible and second thing you need to really have a strong will power, which does not come as given with a good physique.