Actress Sneha Wagh is pretty musch excited about her new show Chandrashekhar, but at the same time feels she can be tried out in various other roles as well. 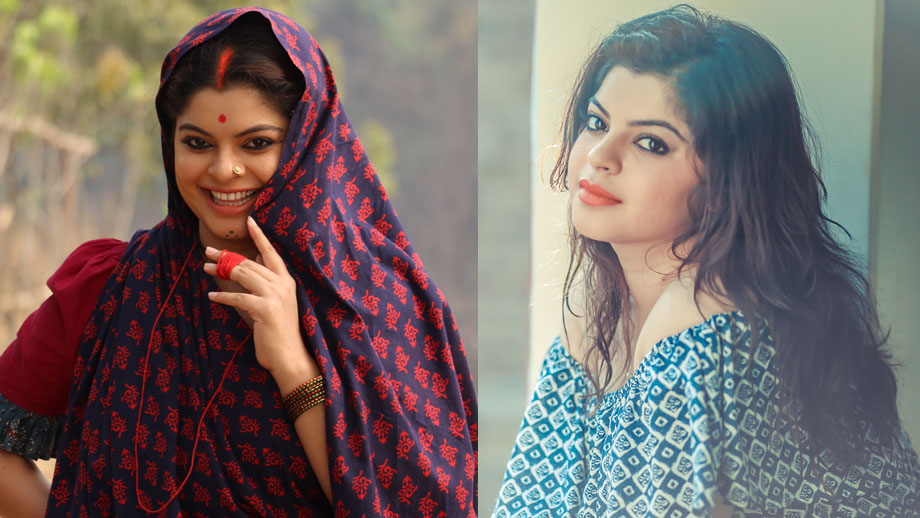 Sneha Wagh as an actor has achieved the feat of breaking all barriers when it comes to age, by playing a mother at the age of 23 in the very successful show, Ek Veer Ki Ardaas – Veera. However, the splendid actress raises concern over her being looked up only for motherly roles from the time Veera happened to her!!

Says Sneha, “Very true that I took it up as a challenge at the young age of 23 to play the role that I did for Veera. As you all know, I played mother to two kids. However, post that, I played a mother in Sher E Punjab – Maharaja Ranjit Singh, and now I play one in my new show on Star Bharat, Chandrashekar. See, there is nothing against the roles that I am doing. I have accepted to do them with my whole heart, and will give more than cent percent to whatever I take up. But I am really concerned about the thought that the industry people have. I want to tell them that they can definitely imagine me in roles other than a mother. I would not have taken another mother’s role after Ranjit Singh. But the role in Chandrashekar is so big that I could not refuse it. Above all, the story has been conceptualized in a manner that a mother makes her son fearless. So I see it as my small contribution to the Indian freedom struggle by playing this role. It is a proud feeling to be play Jagrani Devi, no doubt.”

She continues to say, “But if you ask me, I am tired of playing a mother. There is also a consensus that I have chubby cheeks and that puts me in a motherly bracket altogether. Well, my chubby cheeks speak about my healthy upbringing. In fact, I don’t like people with skinny jawlines. So just because I have chubby cheeks, you cannot categorise me into motherly roles. I think I will be good in whatever role I am given; afterall I am an actor. If I am given the role of a tree, I will be the best tree and that’s my confidence. Post Chandrashekhar, I will not play a mom onscreen (smiles).”

While she addresses her thoughts on being categorized only for the motherly roles, Sneha is quick to say that she is extremely happy to be a part of Chandrashekhar, for Star Bharat.

Talking about her character, Sneha avers, “Jagrani is a very colourful character, both in her nature and behaviour. She is a that-time of a feminist character; she knows very well that she has the power in her to shape up her son’s future and make him fearless. She is an overprotective mother, who has two sons, but concentrates more on Chandu.”

“I love this character. This is one of the bestest of characters that I have done, and this will be one topnotch higher. For me, it is more of expressions and I have expressed everything in this character. She has a different behaviour with Chandu, with her other child, with the husband, family etc. The aspect that attracted me to this character is the way she moulded her son Chandu to become Azad,” Sneha expresses.

Sneha stands amazed at the beautiful setup the show Chandrashekhar has. She loves shooting her night scenes, especially. “I enjoy the night scenes, because the whole set up is lit up by the diyas. It is so beautiful to even see and shoot in that ambience.”

Giving a special mention to the Producer Anirudh Pathak (Writers’ Galaxy), Sneha states, “I am in awe of his work and persona. And he too really likes my work and respects me for that. So the respect between us is very mutual.”

Talking about her co-actors, Sneha says, “Satyajit Sharma who plays my husband is very professional at his work. Ayaan is a wonderful kid; we share a very good rapport. He’s full of masti otherwise, but when he is to give a shot he is very professional.”

Sneha feels very confident about the acceptance of a show like Chandrashekhar when it comes to viewers’ reactions. “I think this show should work, because of the emotional connect of the mother and son. Anirudhji used to tell me that this is more of a mother and son love story. There is also a lot of fun element in it. It is just not all about emotions, empathy and pathos. It is a combination of everything. High time people start accepting good shows and good story telling.”

Before signing off, Sneha has a word of praise for the channel Star Bharat which has made quick ground ever since its launch. “Star Bharat is connecting to people on the ground level, holding to people’s hearts. All the shows on the channel whether it is Nimki Mukhiya, Kya Haal Mister Panchal, are all so known. People talk about the shows, what else do you want? The buzz around Chandrashekhar has been so huge… I have my fingers crossed.”