Bigg Boss 11 has been a phenomenal engaging entertaining journey so far. Bigg Boss is one television show which is watched across strata, the creators, thanks to innovative execution, have managed to break the ‘oh television is not for us’ ideology and has found a viewer in almost every household.

Past couple of franchises received lukewarm response, and though the show maintained its popularity quotient, it missed the ‘buzz’ factor. However, season 11 has again put Bigg Boss right on top in the entertainment quotient chart, kudos to the right eclectic crop of inmates, innovative tasks and host Salman Khan’s ‘personality punch’.

Now that the season is set for a wrap up and admirers are going crazy on the probable victor, we, at IndianWikiMedia, instead of playing the preference card, based on our own observation, have decided to analyse the strengths and weaknesses of each finalist which, we believe, will help you make the right ‘voting’ decision. The top contenders in question are Vikas Gupta, Puneesh Sharma, Hina Khan and Shilpa Shinde. We begin with Vikas.

Vikas Gupta: Vikas, a content creator by profession, has been the revelation of the season. Though put under the ‘celeb’ bracket, he was largely unknown to the masses, till now. Vikas’s stay in the house has been engaging throughout. Be it his skirmishes with Shilpa and Priyank or moments of emotional epiphany… Vikas, with his courage & intelligence, has proven to be a man of heart & head. But will he win the show? Well, if he does, it will be a true underdog story gone right. 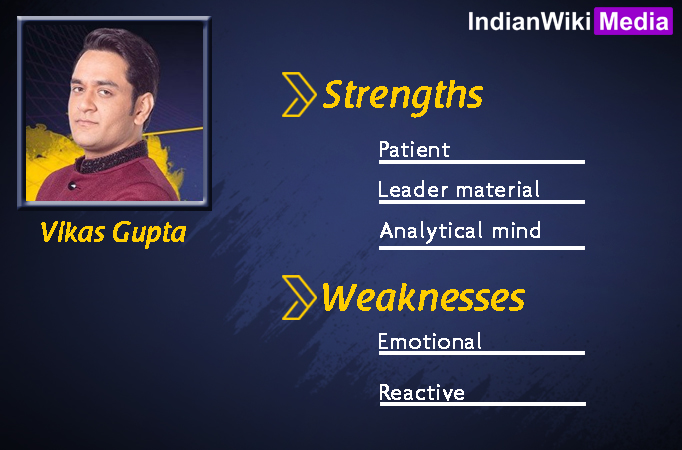 Hina Khan: A television diva and probably the most popular of the lot, Hina, as per audience feedback, seems to be more hated than loved. Having said that, she befits the saying, “You can love her or hate her, you cannot ignore her”. Hina signifies the quintessential Darwin idea of ‘survival of the fittest’. Pretty and pretentious, Hina is competitive and for her, victory and only victory is all that matters. Hina, given her popularity and loyal fan base, has high chances of having the last laugh, and if she indeed wins, it will be classic case of ‘the winner takes it all’. Shilpa Shinde: Shilpa is another popular face in the house and lived her ‘bhabhiji’ sobriquet to the T. Queen of kitchen politics (pun intended), Shilpa’s initial bouts with arch-rival Vikas kept her in the limelight. Her balanced, at times funny and largely emotional encounters have made her the darling of the season. There is a Shinde wave this season which make her triumphant even before the clock strikes the final hour. If Shilpa wins, then the popular expression would be, ‘we saw it coming’. 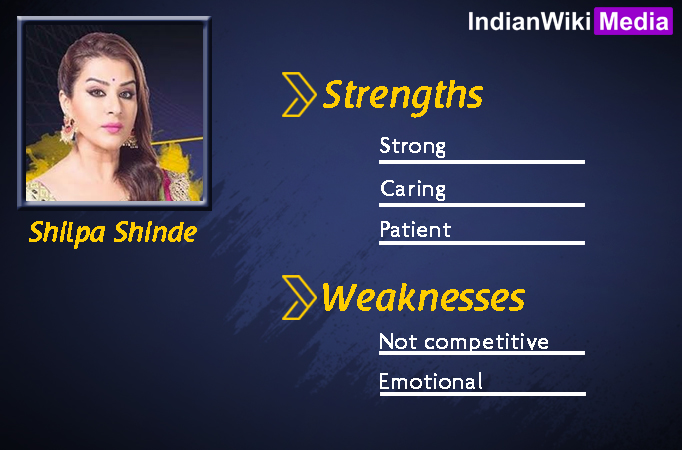 Puneesh Sharma: The lone ranger, flag bearer of commoners, Puneesh is a survivor. His in-stay fling with co contestant Bandgi Kalra piqued audience interest. He is smart, a strategist and can foresee circumstances, planning accordingly. However, his insecurity on being a commoner and the fear of losing out to a popular face is palpable, much to his disadvantage. Arrey Bigg Boss aya to darna kya…Puneesh… remember the dialogue ‘never underestimate the power of a common man’? Let’s see if fans vote in his favour. 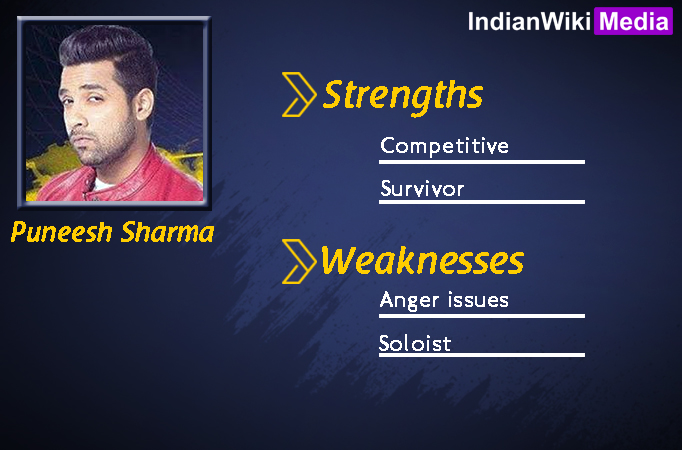 Whoever emerges the ultimate winner, Bigg Boss 11 has salvaged its reputation of being the numero uno reality show in Indian television. Thank you for entertaining us…Colors, Endemol India and all involved in its making.