Ishq Subhan Allah deserves a watch or not? Find out… 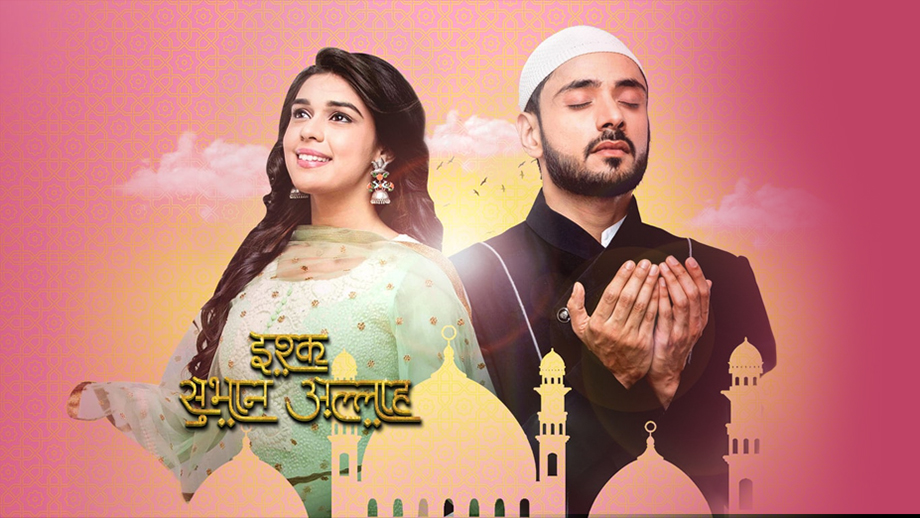 One of the biggest grouses that we have always had against desi TV is that most channels shy away from addressing contemporary political/religious issues. However, Zee TV’s new Muslim social, Ishq Subhan Allah, takes the bull by the horns, by focusing on the recent Supreme Court verdict, which prohibited triple talaq in one go.

The protagonist of this Dheeraj Kumar production, feminist Zara Siddiqui (Eisha Singh),opposes triple talaq on the grounds that it does not find any mention in the Shariat or Quran. On the other hand, young Maulvi, Kabeer Ahmed (Adnan Khan), swears by the doctrine of triple talaq.

The story opens with Zara returning home with her Hindu friend, when they get caught in violent protests against the above apex judicial verdict. But Adnan not only saves them, but also escorts them to their train, which paradoxically, even he has to take (what a small world indeed!).

There, the couple has its first ideological argument on triple talaq. To be fair, the makers have presented both sides of the argument. And the points are presented fairly, without much ado. When they bid adieu for the first time, she mocks him, saying, I pity your future wife.

Zara then reaches her house, where she removes her chador (Muslim women gear), unaware that her mom had called women of the community home, who don’t like her wearing western wear. All hell breaks loose, and mom, in a melodramatic moment, burns her chador.

The crux of any TV show has to be its love story. And here, family drama is the need of the hour. So enter parents–Zara’s Abbu as city Qazi, Irfan Siddiqui and Kabeer’s father, Shahbaz Ahmed (Vinay Jain). The latter, along with his son, not only wants to unseat the former as the religious board’s head, but also covets his power and pelf.

Fate makes Kabeer and Zara meet again, when he protects her from some guys who click her pic in a sleeveless dress without her permission. They again have a big fight over a woman’s right to dress. Zara’s dialogue, that should men not lower their gaze, was a clincher.

The council meeting is plagued, when Shahbaz Ahmed leaks a video of Zara’s train argument with Kabeer as a means to show that she opposes her father on the issue of triple talaq. But Kabeer again comes to herrescue, saying that the video was doctored.

She is forced to apologize, but adds a rider. She, very smartly, also gets into the Board, to protect her father from Shahbaz Ahmed’s machinations.

Stung by this humiliation, Shahbaz goes to the Qazi’s house, asking for Zara’s hand for Kabeer, as a device to get even in status, but is spurned again. The women of both houses accept that politics should not enter the house, but no one listens to them.

Every TV melee also requires a vamp–Rukshar (Samiksha Bhatnagar) has designs on Kabeer, and is supported by Shahbaz, who agrees with her marriage with Kabeer, after the Qazi rejects his offer.

It will be fun to see how and under what circumstances Kabeer and Zara’s wedding will happen, as bothhateeach other. Post marriage, expect lots of sparring. We will not be surprised if he utters triple talaq. Will she then ask him to be jailed as per the new draft law, yet to be approved by Parliament? Wait and watch is all we can do, as of now.

Both the leads are acting well. Eisha brings out the right balance of tradition and liberal thinking, which many modern Muslim women have. Kabeer also correctly represents the contemporary Muslim man, who respects women, yet sticks to certain orthodox traditions. Samiksha is playing her bit*h character well. Last, but not the least, Vinay is impressive as Shahbaz Ahmed.

The show has opened well on the ratings front, which means that the current level of drama will continue.

Let’s see whether the narrative eventually moves to kitchen politics, or will continue toaddress the burning social issues facing the Muslim community. Hope it is the latter.

The show also exposes how most religious bodies of all communities are bogged down by political rivalries and egos, rather than fulfilling their desire to serve the poor and needy.