In tech lingo, 2.0 is what all honchos want for their marquee products. TV Czarina, Ekta Kapoor, who has already tasted success with her Naagin franchise, has just reprised one of her biggest yesteryears hit, Kasautii Zindagii Kay, in today’s time.

To be honest, I don’t really remember the original series, as it gets very difficult to do so, owing to the long winding affairs.

So I will write only about my views on the new one.

Kasautii has opened to quite a big-budget-film feel and look. Most TV shows don’t have such big budgets. If you set your show in Kolkata, then there is nothing bigger than the Durga Puja celebrations for pomp and grandeur. The beautiful pandals, maa idols, and yes, Bong women in traditional red sarees – quite a sight!

The story is quite regular– rich and middle class family clash– get the drift? Enter, Anurag Basu (Parth Samthaan), scion of the Basu clan. He is Mr Nice Guy personified, doing pooja, obedient to his folks, and everything else. In today’s time, respect for women is most important, so Anurag is very polite, to the point that college gals suspect him to be swinging the other way. His explanation that straight guys can also be decent is a very important point to ponder on.

I would sure like to enrol in this college where girls can dress in shorts, for most colleges, as far as I know, have strict dress codes.

Parth, who has mostly been in the news for all the wrong reasons, has got a big second chance, and he seems to be doing what is required. As an actor, he is lucky to get diverse stuff – first a rock star character in Kaisi Yeh Yaariaan, to a more traditional TV character now. He is quite restrained in his performance as per his graph.

Along with goodness, Ekta has endowed him with heroism – how he rushes into the fire for his mom’s chunni, and also struggles with the pandal ropes.

On the other side, we have Prerna Sharma (Erica Fernandes), another prototype heroine, a very good daughter, but klutzy to the core. Would it not have been better to think of some out of the box characterizations?

She keeps bumping into Anurag. Given her family’s links to the Basus, sparks begin to fly when he rescues her from the fire. Their light banter provides much-needed emotional relief.

Erica is doing a good job so far, but, to be honest, the real test of her acting skills will come when hard core emotional scenes play out. There were lots of huge twists and turns in the original, where some characters had 360-degree changes in behaviour. Hope both Erica and Parth can walk the talk when Ekta weaves her magic again.

Among the supporting cast, Shubhaavi Choksey stands out as Anurag’s rich mother who loves her son no end. She looks down upon the Sharmas and will obviously not like Prerna as daughter-in-law.

Her ears will be further poisoned by negative lead, Sanjay Sawaraj, who has designs on Prerna. The makers have left no stone unturned to show his evil streak, invoking mytho references.

We all are waiting with bated breath for the arrival of Hina Khan as Komolika.

Anurag’s dad (Uday Tikekar) is a decent man, and his fun moments with his wife bring a smile to your face.

We sure are expecting a lot from Pooja Banerjee as Anurag’s married sister, Nivedita Basu Sengupta. She and her hubby, Anupam Sengupta (Sahil Anand), live with the Basus. Her character should turn negative, being jealous at the amount of love her mother has for her brother.

Prerna’s friend is funny; she pushes her to find out if Anurag is gay. The scene where she offers Anurag juice, rather than helping with the rope, was fun.

With Kasautii, STAR Plus is hoping to lift its numbers, for most of their recent fiction properties have not really fired.

Ideally, Kasautii should have come at 9 pm, but maybe they did not want to face off with Bigg Boss and KBC.

Shah Rukh Khan’s end narration is a sure big-value addition and goes to show the importance that Ekta and STAR give to this property. But we feel he should say more. Also, how long will this continue, given the huge costs involved in roping in the Badshah of Bollywood?

If Kasautii works, be ready for a slew of more remakes; and Ekta has a cupboard full of them.

To be honest, Kasautii is a new story. The makers are hoping to rake in eyeballs by just naming their characters Anurag and Prerna. A similar attempt by Star to reignite Is Pyaar Ko Kya Naam Doon memories had come a cropper. But yes, Cezanne Khan is not as popular as Barun Sobti today.

We would rate Kasauti 3.5. A decent attempt. 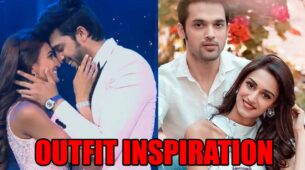