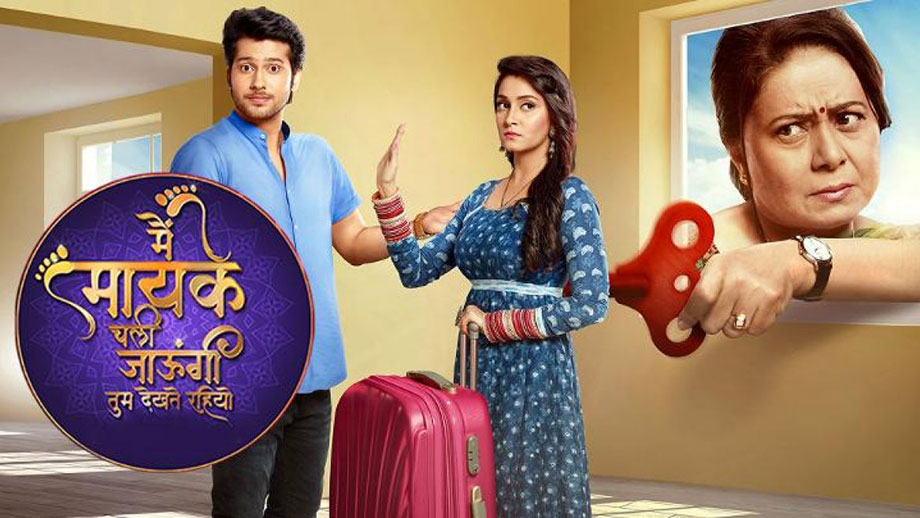 Sony fiction always gets confused between urban and male audiences that consume a lot of Sony drivers, i.e. nonfiction content (KBC and Indian Idol), and the fiction friendly small-town female audiences that still seem happy with the normal saas-bahu template (numbers say so). The result is that properties like Beyhadh, Kuch Rang Pyar Ke Aise Bhi, although being critically acclaimed and liked by city and online crowds, were never chartbusters like regular Colors and STAR Plus shows.

New offering, Main Maayke Chali Jaaungi Tum Dekhte Rahiyo, again seems to be victim to that same thinking. Don’t get me wrong; I am not against the concept of women walking out of marriages that don’t give them their due, which this Dheeraj Sarna production bats for. Yet, this is something that most housewives in Tier 2 towns might still not be comfortable with. Will most such women take the risk of calling off their marriage on the issue of working outside?

Neelu Vaghela, aka Bhabo of Diya Aur Baati Hum, stand outs as a strong divorce lawyer, Satyadevi, who is infamous as a family breaker. Her funda is simple and not wrong – why should a woman alone compromise to make a marriage stick? (Fair point in today’s equal times). And secondly, is it not better to end a relationship that does not give happiness? No wonder, she has got her 2 elder daughters divorced.

Every coin has two sides, and the makers have correctly also showed the hurt on Shikha’s (Satyadevi’s eldest daughter) husband’s face when he does not get enough time with their son.

Wedding planner lead girl Jaya, (Srishti Jain) gets the contract of handling the marriage of lead guy, Samar’s (Namish Taneja) sister, Sarika. Samar has a phobia of light and locked spaces. Sparks fly, and they keep bumping into each other. These small nok-jhoks provide much-needed emotional relief. The crux of the story is how Satyadevi influences Jaya’s future marriage. The promo is clear. It seems that the channel itself is not confident of strong working women; hence they have kept the option of making Satyadevi’s character negative. From whatever we have seen till now, it is not comedy as promoted, but a drama. So will the possible negativity take a nasty shape or will the show take a comic turn as the title also suggests. Dheeraj Sarna’s last show, Belan Wali Bahu, was again a comic caper.

Having said that, the desi human side of Satyadevi, like cooking food for the kids despite being a working woman or getting up early to make sure that Jaya gets to work on time, also comes to the fore. We humans are quite complex and will never have one shade. Hope a time comes when TV audiences accept complex and layered main characters, as opposed to black or white ones.

Here, Jaya’s characterization is a bit different and kinda serves the above dictum. On one hand, she tom-toms old values of marriage is for keeps, yet publicly, stands by her mother in the case of her sister’s marriage. The scene where she saves a marriage from being called off due to traffic was funny.

Hailing from a rich family and running a successful business, she should have owned a fancy car. Yet, Jaya is shown riding a two-wheeler, maybe in the hopes of connecting with small town girls.

Srishti is doing a good job so far. The challenge for the creative would be that once marriage happens, how much can Jaya trouble her husband and in-laws without making her negative, for right now, she is the perfect Indian beti. If the show turns comic, this dichotomy will be easy to show. However, this genre’s confusion will not help matters, as audiences of both are poles apart.

Hope real-life wedding planners would take as much pain as Jaya, to ensure that all is kosher. Her two-wheeler always come in handy, and she again ensures that Shagun reaches the groom’s family on time.

Namish is fitting into the mundane guy character, whom nobody gives a second glance. No wonder, Jaya mistakes him to be a mere help and insults him. But yes, she even ensures that he wears the padgi on time to receive his sister’s baraat.

Samar’s mother, Rama (Aditi Deshpande), is the prototype good lady, who is the opposite of Satyadevi. Expect lots of ideological differences and arguments, some of which has already started.

We can also expect the entry of Satyadevi’s ex-husband, who, we are sure, will side with Samar. There is one more lady in Jaya’s sasural who Satyadevi will have a history with. Watch the show for yourself, to find out more.

We at IWMBuzz.com credit the Sony TV show with 3 out of 5 stars.