Review of Star Plus' Namah: Appealing and has the potential to do wonders | IWMBuzz
Subscribe Now
Television | Editorial While desi TV templates keep changing from daily dramas to fantasy, there is one genre that never goes out of fashion, i.e. mytho, which has remained in vogue ever since Ramanand Sagar made Ramayan, back in 1984.

New Star Pus show Namah is no different. While the basic story of the Trinity (Shiv, Vishnu and Brahma) can’t change, this theme show is interesting in the sense that it focuses on Kali’s (Raviz Thakur) attempts to invoke Kalyug long before his time (right during Satyug). Millennials, don’t expect me to give you a run down on all the yugas; Google mata hai na?Just one question — did the scriptures describe Kali as a dark dude, for hey, these things are hyper sensitive these days.

My dear friend Sara Khan is apt as Kali’s good-looking assistant, Mritu (death). Poor thing becomes stone, as guess, no one died back in the golden yug. Does anyone have a time machine to bring her into Kalyug? Think about how much money we can make, offering immortality in today’s times.

Kali’s line that brother will kill brother in Kalyug is true. We all have seen it with our own eyes. No wonder, Kali tries to create friction between the best of friends Shiv (Vikas Manaktala) and Vishnu (Savi Thakur), in an attempt to destabilize the world.

Not being a major mytho buff myself, I did not know that Namah was an amalgamation of Shiv and Vishnu, so one more nugget of info for me.

Does someone have the WhatsApp number of Vishnu Bhagwan? Just want to request him to tone down the heavy duty Hindi and Sanskrit they speak in swarg, lest it goes over the heads of Malabar Hill/GK 2 buddies, Sandy (short for Siddhartha) and Poo (Poonam).

One more thing that I have noticed in all mytho shows is how all-knowing Gods allow evil to happen. Should they not step in to nip it in the bud itself. Also, being a God, why does Vishnuji get very angry when his cohort Laxmi (Yukti Kapoor) disappears into the ocean and threatens to dry up the aqua bodies due to Durvasa Rishi’s shrap to Inder devta.

And one more thing, why do sages who do so much tap, lose their tops so easily? Last but not the least, should Inder, being a god, not mind his tongue?

One very common aspect shared in all mythos is the Amrit Manthan story, where both Devs and Asuras fight for the booty hidden in the sea.

I wonder why Vishu had to take the shape of a tortoise to save the shaking mountain. He could have easily become a bigger fish like a whale, right? Don’t get me wrong, I am not questioning the powers or wisdom of our all-powerful and knowing Gods. As a true devotee, I am just asking my God some questions and since he loves all of his children equally, I am sure he will not mind a little bit of fun. Don’t we joke about with our loved ones as well?

Returning back to the Amrit Manthan story, Kali, being smarter, does not want only money, he wants an entire yug (era). So he waits for the amrit manthan fracas between Devs and Asuras to degenerate, allowing him to silently get to the 2 drops of Hallala which had fallen down. Shiv had swallowed most of this destructive potion by holding it in his throat. In an attempt to stop the asuras’ march towards immortality, Vishnu takes the form of Mohini. She is so good looking that even Shiv is attracted to her. Women have always been used as a trap for evil men.

This show can be Raviz Thakur’s day in the sun if it picks up steam on the TRP meters.

Coming to the other principal cast, must say Vikas has really beefed himself up as the brawny Shiv, looking quite cool. Savi is doing a nice job as the all-knowledgeable Vishnu.

Hope Laxmi soon returns from her water banishment as I have always liked Yukti’s acting (Agniphera). Will creatives give Neha Sargam a chance to sing as well, besides doing the role of Shakti?

All in all, a good mytho effort. Agreed, most elements are not new, but most youngsters who form an important part of digital engagement are not so clued in about gods and goddesses. So if they can be enticed to watching this Ved Raj show, it will be new for them. Ved Raj has all the expertise in writing needed to make this show work.

Agreed, story interpretations can’t be altered, lest you meet the fate of shows like Luv Kush. But hope the creative, having done their research homework, focus on Shiv and Vishnu’s (hailing from different philosophies) equation, which will wilter under Kali’s evil gaze.

One other falling is the computer graphics. Namah is already saving a lot of set money, with the entire action being shot on Chroma, given that the heavenly abode of all gods is celestial bodies (Vaikunth, Kailash, etc.). So that surplus can be used for better VFX.

We at IWMBuzz.com credit Namah with 3 stars. Star Plus' Namah to end soon? 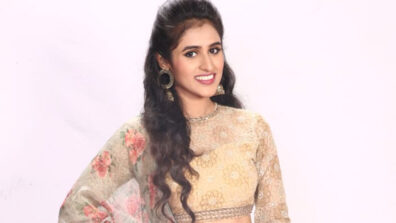 Mythological genre teaches you a lot: Shiva Gupta of Namah It is our job to resurrect Namah: Tarun Khanna 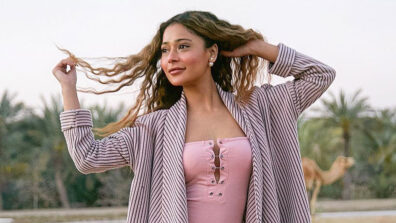 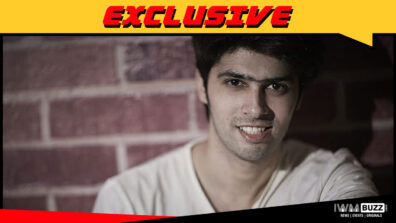