The show looks promising but needs to pick pace… 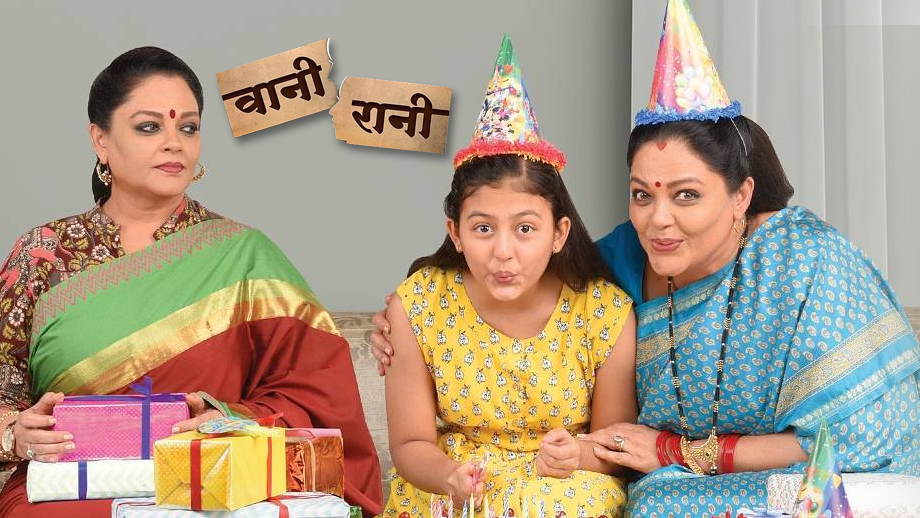 &TV’s newest presentation, Vani Rani, coming from the intellectual minds in Esselvision Productions is a tale that revolves around a joint family. This in itself spreads out a good message to viewers about how a huge family living under one roof can spread and share love. And yes, this is how the kids in the families have been brought up, getting equal love and attention despite the fact that only one brings in the moolah. A right message, must say and teaches a lesson or two to the money-minded society which leave kids in the lurch.

The biggest positive of the show has to be the power-packed performer, Tanvi Azmi. In the role of the twin sisters, the actress gives out only positive vibes and nothing else. We applaud the Vani character more as she needs to be more composed. This show also breaks the notion that the female lead needs to be a girl of 18 years. If this show succeeds, it will encourage others to make more shows with older characters, much to the benefit of senior actors. This is indeed needed in the TV space to take human emotions beyond love, romance and marriage. Hatred is an equally potential weapon to play around as track.

What makes the story all the more interesting, is the untold past tale that has brought about the conflict between the two sisters. What drives them apart? This question intrigues us a lot. We are hoping that if Tanvi, who has done powerful roles in cinema like Bajirao Mastani, has agreed to do this character, there must be some interesting drama down the road. The only fear we have is that if numbers don’t come in, the tracks might go off tangent, a possibility that Tanvi herself mentioned in our interview.

Moving to the concept of Vani Rani, we are a tad bit disappointed that the makers have played very safe and crafted a story based on tried & tested formula of yore. Having said this, Kundali Bhagya a show which follows the same path has worked wonders for television. But considering the society in which we live in, it is very tough to find a woman who is so very simple and good like Rani. It would have been better had the creative team crafted more nuanced characters… Tell us, which woman of today will be so good to smile under any given situation? You might say that this is normal TV grammar, so why single out Vani Rani? Well, TV needs to adapt, if it wants to survive the ongoing web onslaught. A thought that we have is that maybe the sisters could have been shown as top lawyers having different ideologies. Having said this, on the other hand, Vani her twin sister is more of a realistic character, with a principled nature, a strong lawyer who brooks no nonsense.

The supporting cast has nothing much to write about. The husbands Ajay (Rani’s husband), played by Iqbal Azad is enacting just what the writer has written for him. And to be fair to him, the screenplay does not appear to have much to do for him so far.

On the other hand, Prakash (Vani’s husband), played by Sanjay Gandhi, the business man has enough scope and is doing a good job as a selfish man. We hope the creative team focuses sensitively and doesn’t over-dramatize the tension which always seems to mark Prakash’s marriage with Vani, and its impact on the family.

Will the creatives break rank from convention and try to make Prakash’s character more human as most men are and not just an evil man? Interestingly, would they even toy with the idea of the lady having an extra-marital affair? Many women who don’t find love at home do go outside for attention.

The kids seem to be there just to fill the canvas so far. We need to wait and watch how their respective characters develop adding to the original conflict. The little girl who calls Vani by her name seems to stand out so far. Overall a okay beginning…hope future episodes pack a punch.

We at IndianWikiMedia.com give the efforts 2.5 stars out of 5.