As the clock strikes 12, Bigg Boss 13 contestants ring in the new year together and party their hearts out. 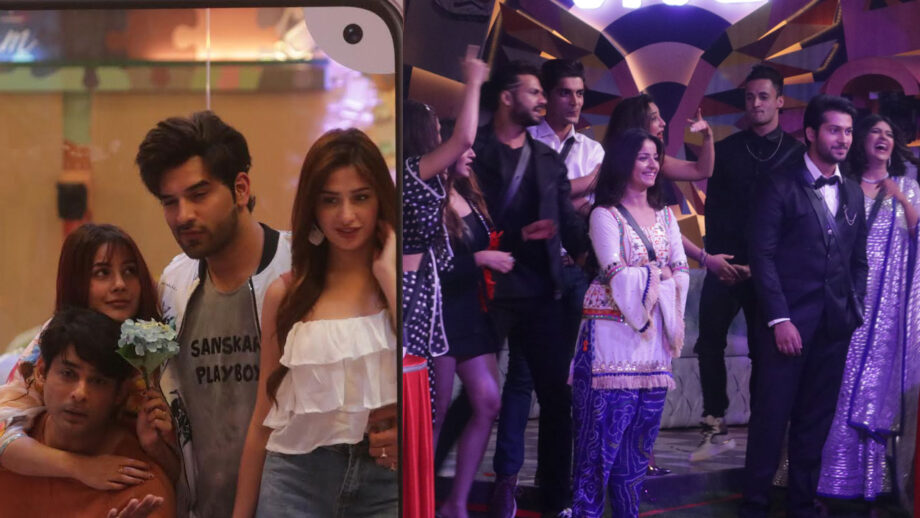 Sunil Grover who has off late taken the responsibility of breaking the contestants’ monotony through his power-packed entertainment is back into the house. The housemates welcome their favorite Gutthi as she surprises them with the good news about her marriage and also introduces her twin sister ‘Putki’. Just when the contestants were wondering who ‘Putki’ is, Sunny Leone enters the house bringing smiles to everyone’s face. Sunny and Gutthi then introduce the ‘Chappal’ awards. They call the contestants one by one to give them their special Chappal award with amusing categories like ‘Tera bhi khana khaungi award’ and many more. Displaying her romantic personality, Gutthi shares a lovey-dovey moment with Sidharth and pulls his leg for lying around under the quilt all the time. After spending some fun time with the special guests, the contestants retire for the day.

The next morning begins with some motivation and serious game planning. Vishal and Asim boost Rashami to strengthen her game by making an unpredictable move by using her and Sidharth’s equation. Later in the afternoon, Bigg Boss introduces the ‘vivo v17 Bigg Boss calendar task to the contestants. Shehnaz is assigned the job to click five photos that involve all the housemates in different poses. They have to recreate moments and narrate a story through the pictures. Shehnaz begins by clicking Aarti and Shefali Bagga individually to show their independent personality. Shefali Jariwala and Asim strike a muscular pose showcasing their fit bodies. Paras and Shehnaz disagree on one pose which upsets Shehnaz and she ends up crying blaming Paras for being jealous.

After the calendar shoot task, Bigg Boss gives them another interesting task.  Its 31st eve and New Years is just a few hours away. Much to everyone’s surprise, they are asked to put on their best party dress on and get ready for a New Year bash. The contestants are divided into two groups- Team Shehnaz- Shehnaz, Sidharth, Paras, Mahira, Shefali Jariwala and Aarti while Team Rashami has Rashami, Vishal, Asim, Shefali Bagga, and Madhurima. The garden area is divided into two parts. Each team has to make their party the most happening one which will be attended by guests coming in from the COLORS Family. The teams have to make sure that the guests are part of their team’s party and not attend their opponent’s party. Each team tries their best to keep the guests entertained. The first one to enter is Raghbir and Pragati (Pearl V Puri and Ishita Dutta) who ask the contestants to get together and name the contestant who they dislike. The contestant with the maximum number of negative points has to entertain them by dancing. The cast of other shows of COLORS’ like Meher and Sarabjit (Nimrat Kaur and Avinesh Rekhi)  from Choti Sarrdaarni, Vidya and Vivek (Meera Deosthale and Namish Taneja) from Vidya, Raja and Rani (Mahima Makhwana and Akshit Sukhija) from Shubharambh and Nayantara and Dev (Jasmin Bhasin and Vijayendra Kumeria) from Naagin also join in the party. As and when the guests enter the house, Sidharth and the team manage to grab everyone’s attention and get them on their side. As the clock strikes 12, they all ring in the new year together and party their hearts out.

What does the new year have in store for the contestants? 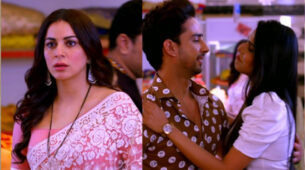