Want to know how much the cast of Kundali Bhagya earns? Check out below! We always wonder how much must have the star cast of the show earn, right? Kundali Bhagya has been in our minds and on television for more than 2 years and we all are curious to know who earns the most, right? Today, we brought you the list of most of the characters, check out below.

[All the data below is as per the media reports]

Shraddha Arya: The simple and cute yet elegant actress Shraddha Arya plays the role of Dr. Preeta Luthra in Kundali Bhagya. She is also the wife of Karan Luthra in the show. Shraddha Arya’s net worth lies between 1-5 Million dollars.

Dheeraj Dhoopar: The handsome and charming man, Dheeraj Dhoopar plays the cricketer Karan Luthra in Kundali Bhagya. He is widely known in the industry. His estimated net worth is approximately $1 Million – $5 Million.

Manit Joura: The muscular man with a great physique, Manit Joura plays Karan’s brother Rishabh Luthra. He is married to Sherlyn Khurana. His net worth is $200 Thousand – 2 Million Dollars.

Anjum Fakih: The beauty of telly town, Anjum Fakih has left no heads unturned with her acting accolades as Shrishti Arora in Kundali Bhagya. Her net worth is $1 Million – $5 Million (Approx.)

Ruhi Chaturvedi: The girl next door, Ruhi Chaturvedi is one of the most talented personas in the telly world. She plays the role of Sherlyn Khurana now Luthra after getting married to Rishabh Luthra. The net worth of Ruhi Chaturvedi lies around 1 Million dollars.

Sanjay Gagnani: The lead antagonist of the show, Prithvi Malhotra is played by none other than Sanjay Gagnani. He made us love his acting stints. He too enjoys a net worth of $1 Million – $5 Million (Approx.)

Swati Kapoor: Adding salt to the story, Swati Kapoor plays the perfect role in Kundali Bhagya. She plays the role of Mahira Khanna, Karan’s ex-fiance, and is jealous of Preeta. Her net worth is not yet known.

If you liked this article and wish to see more then don’t forget to share and stay in tune with IWMBuzz.com for more updates. 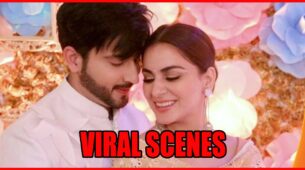