The set of the Star Plus show catches fire... 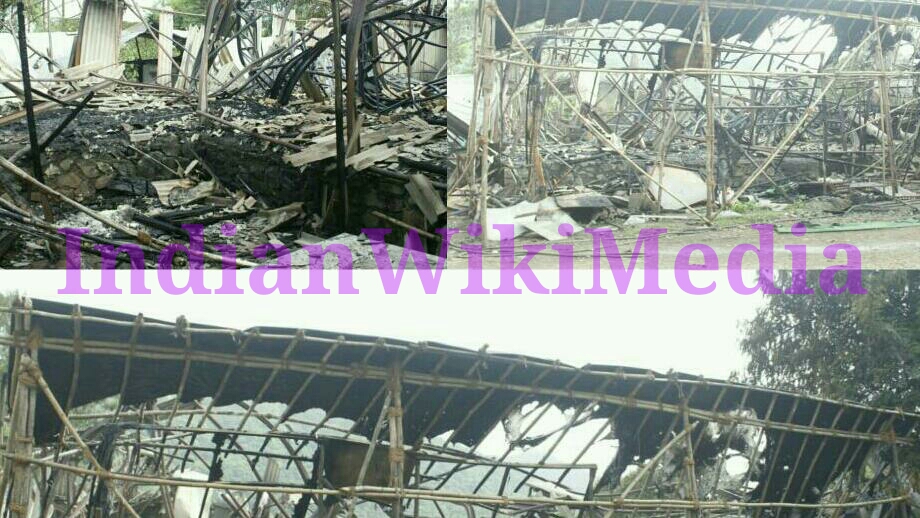 Calamities can happen anywhere to anyone!! Freaky accidents on the sets of TV shows have usually resulted in bringing about huge monetary losses, and can also endanger human lives!!

One such terrible accident happened on the sets of Star Plus’ Dopahar show, Ek Aastha Aisi Bhee (SOL Productions and Shoonya Square) wherein the show’s secondary unit caught fire in the wee hours of the night yesterday (8 August), and was reduced to literally nothing within minutes!!

Yes, the pictures here of the set post the fire accident will actually give an idea of the extent of damage caused to the set!!

As per credible sources, “The team was shooting yesterday in day time at the seconday unit. The entire unit packed up at 9 pm. And somewhere around midnight (between 12.30 and 1.00), an unexpected fire happened which damaged the set. Even before the unit could get to know of the fire and rush to the place, everything was burned.”

“Thankfully since the packup had happened, nobody was on the set at the time of the mishap. Even the security guard had gone out when the fire broke out. The entire team of Ek Aastha has been in deep sorrow and shock from yesterday night. Owing to the chaos on the set, shoot did not take place today,” adds our source.

As for the reason for fire, it is believed that a short circuit created the mishap. However, considering the fact that the mains of the area usually remain off when there is no shoot, there is also a case of introspection happening as to what really caused the damage.

We buzzed the lead of the show, Kanwar Dhillon who said, “Yes, the fire broke out last night. Actually we were all shooting at this unit yesterday. But thankfully nobody was there when the incident happened. It is a very sad happening, as there is nothing left on the set. Everything is destroyed. I really don’t know what caused it though.”

We reached out to Producer Dheeraj Sarna, but could not get through for a comment.

Watch this space for more updates….

This morning, Producer Dheeraj Sarna replied to our text saying, “Yes, the information is right. Our set got destroyed.”