: The weekend episode of Bigg Boss will see Kapil Sharma at his entertaining best. 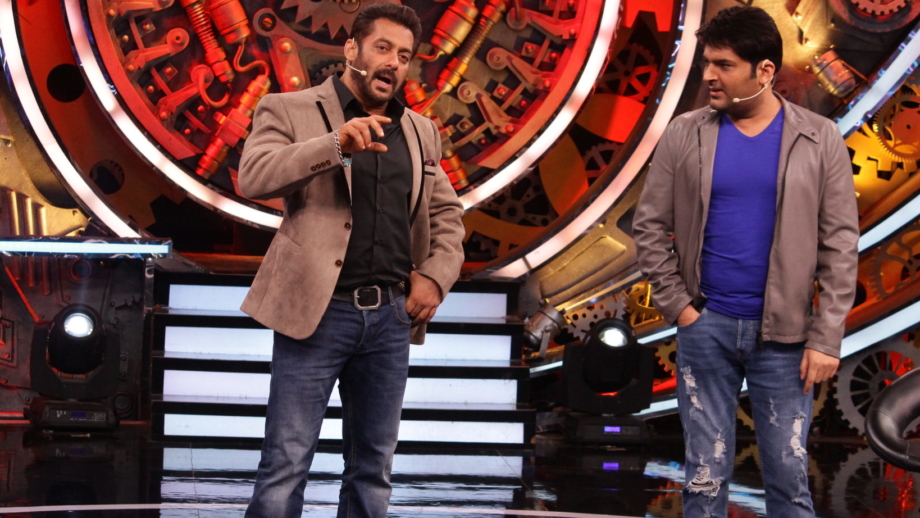 Tonight’s weekend ka vaar episode with the ‘Sultan’ Salman Khan is going to be a treat for the audiences. Changing the paradigm of comedy in India, Kapil Sharma is set to enter the house armed with a great comic timing and punch lines in a tow.

Thrilled to see Kapil in the house, the contestants extend a warm welcome to him. Speaking about their journey in the house, Kapil tells them that they have received special letters from outside. They have to guess to whom each letter is directed towards. In the second part of the task, he gives gharwale a chance to vent their anger towards 1 person in the house. Placing a mannequin in the living area, contestants get a chance to Kick the doll. Vikas’ face mask seems to be in high demand as Luv and Sapna both choose it and kick away their blues. Spilling the beans about her feeling toward India’s favorite bahu, Arshi Khan takes a blow at Hina Khan’s face mask and lands a swift kick on the mannequin.

Saturdays will not be complete without some pearls of wisdom from Salman Khan. He forewarns Puneesh and Bandagi about their relationship coming to light on national television. Bandagi goes on to accuse Priyank of talking about her former relationships and cracking jokes at her expense. Floodgates were so lose that Bandagi breaks down, further agitating Puneesh. Salman puts all matters to rest by asking everyone about the current villain in the house.

WHO IS THE BAD GUY THIS WEEK?

Check out the episode tonight in Bigg Boss.