Sphereorigins and Invictus T Mediaworks’ show on Zee TV, Ek Tha Raja Ek Thi Rani will be the next show to go off air on the channel!!

Ek Tha Raja, the periodic love story was to end in April, but eventually managed to pass the acid test by bagging an extension of two months.

The ending will come with a lot of happiness and joy for the entire team as the show will complete 500 episodes just before its closure.

Also, the fact that Ek Tha Raja Ek Thi Rani has had a successful run of three seasons having outlasted many shows that got launched after, speaks volumes of its good work.

We hear that the team has been notified of the closure and all have taken the news in good spirit!!

When contacted, Eisha Singh the protagonist of the show though appeared clueless of the development and told us, “I have no clue. This is news to me.”

We buzzed Producer Sunjoy Wadhwa, but did not get through to him.

Certainly, the show which started with Drashti Dhami and Siddhant Karnick in lead roles has given a joyous ride to the viewers and every good thing has to come to an end!! 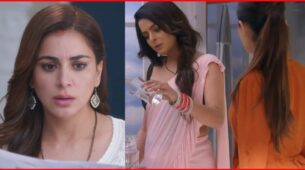