The Script Head of Mitegi Lakshmanrekha talks about the huge revelation to come in the show, on 3 July. Raghuvir Shekhawat’s power with the pen has given him a great journey of more than two decades in the industry. A renowned screen writer and dialogue writer, Shekhawat is presently helming the show Mitegi Lakshmanrekha on &TV, as the Script Head. The show is produced by Shashi Sumeet Productions.

Mitegi Lakshmanrekha is on course to coming up with its first major development in terms of story telling. The Maha episode to air on 3 July will in fact turn the destiny of many pivotal characters in the show.

Talking about the D-day and the episode to watch, the acclaimed Writer says, “This is the first maha episode in my life which does not have any drama. It is an episode that every man and woman should see, because it concerns the biggest problem faced in India right now.”

We hear that the Maha Episode is sure to create goosebumps and leave everyone shaken with its highly effective content.

“This Maha Episode has not been created to bring in the ratings. Its content and story telling is such that it deserves to be a Maha Episode. The entire team of Mitegi Lakshmanrekha has been putting a lot of effort into the episode. We truly hope that the message coming out of this Maha Episode will reach people,” he adds.

Giving us an insight on the big revelation to come, he states, “I will not want to give it away. The episode will track the life journey of Kanchan (Shivani Tomar) as the biggest secret of her life will come out, which the hero Vishesh (Rahul Sharma) will come to know in a very beautiful manner. With the revealation, the real Kanchan would come out and the viewers will meet her. She will be with all her happiness, pain, strengths, and her weaknesses. I will like to tell that Kanchan would represent 99 percent of the girls in India, and that is the reason why every girl should see it. Also, the boys should see it because they need to know what the girls actually go through.”

We hear that the Maha Episode will only involve 4 characters – Vishesh, Kanchan and Kanchan’s parents.

Giving a special mention to Shivani Tomar, the actress portraying the role of Kanchan, Shekhawat exclaims, “Shivani has surprised us hugely. When she was brought into the show, there was mixed feedback coming from people on how good an actor she is. However, she has surprised all of us with her acting skills. She has surpassed my expectations of how I had imagined Kanchan to be. In this episode, she has put in her best work and it is unimaginable.” 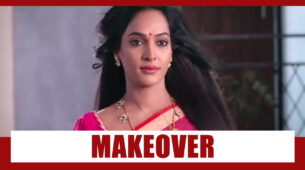