Krishna Chali London producer, Saurabh Tewari, finally breaks his silence regarding the casting of Karan Vohra as the new lead in the above STAR Plus show. Karan was also the lead of Saurabh’s previous Zee TV show, Zindagi Ek Mahek, where he and female lead Samiksha Jaiswal had refused to continue to be part of the show, causing it to shut down last year.

So there was some speculation as to why Saurabh would again want to work with someone who had earlier given him grief.

In the interest of fair journalism, we directly reached out to Saurabh, whom we have known for years (since his NDTV imagine days) and asked him the above questions.

Here is his word by word text reply – “Karan and I never had any issues on Mahek. Rather, it was a very successful journey with the leads of Mahek. He is a good actor with brilliant screen presence and that’s the reason why I decided to work with him again.”

On Karan and Samiksha quitting Mahek, Saurabh replied, “They didn’t want to continue with the show because it was being shot in Delhi, and after two years, they wanted to explore more options. They honoured the contract till the last day. We cannot force anyone to extend the contract. We respected their decision and decided not to continue with the show. Also, the core concept of the show was over. We were unnecessarily dragging it. So I guess whatever happened was for good. I still share a fab equation with both. You can see that from my FB and insta posts.”

He further added, “Karan has really grown as an artist.”

We also asked Saurabh about the speed with which earlier lead, Gaurav Sareen was replaced with Karan in the recent London schedule. And this gentleman  producer replied matter-of-factly, “Ya, that was part of the natural story progression. Today, competition has become very tough. We have to keep giving audiences unexpected twists.” Saurabh has also produced super hit show, Madhubala – Ek Ishq Ek Junoon

In closing, Saurabh seems to be satisfied with the ratings pre and post change. “They are as per our expectations. Further rises will happen as the new track unfolds.” 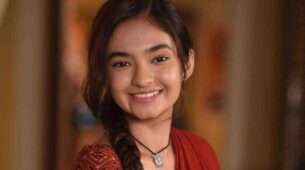