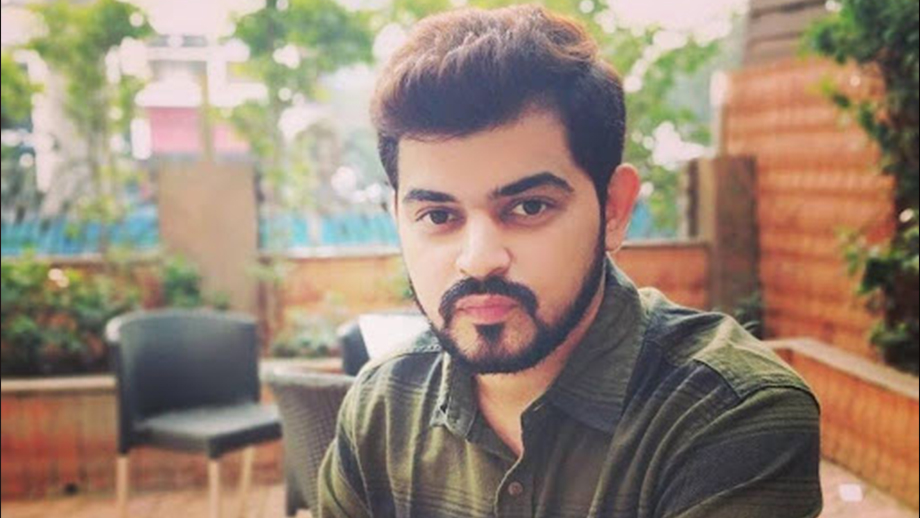 Creative Director Uday Berry started his career as a banker with American Express, but his inclination towards movies urged him to think creatively. From being at a juncture where at the age of 23, he was all set to fly out to USA on official duty, Uday changed his track and got into the field of entertainment as Assistant Director for movies.

Soon, motivational words from his childhood friend and now Director, Prateek Shah made him think about getting into the field of television. His first show as Assistant Director was Sajda Tere Pyaar Mein and he followed it up by joining the prestigious production house, 4 Lions Films.

Says Uday, “My first show as Creative Director was Suvreen Guggal. I went on to do shows Humse Hai Life, Qubool Hai, O Gujariya for 4 Lions Films. I have also worked on Kaisi Yeh Yaariaan and Jamai Raja as well. I happened to meet Writer and Producer Dilip Jha 3 years back and joined his company.”

The Sony show starring Namit Khanna and Palak Jain has indeed created a new benchmark in terms of production value and execution. Though the show failed to garner required numbers, the ones who have watched it, love the show for its difference.

With the show being on the verge of completion being a finite series, Uday talks to us about his fabulous experience of being part of the concept. “The journey with Yeh Pyaar… has been amazing. The show also gave me lots of opportunities to don the Director’s hat. Talking about the concept, this was one show wherein we created the concept, its production design and then approached the channel. Usually, when you get a show passed, we get it done with 10 plus episodes. But we had the complete start to end story, when we cracked it. Above all, the channel helped us a lot in the execution process.”

Talking about the actors involved in the show, Uday avers, “Nearly 80 percent of the cast in the show had never done TV. So it was great to convince them for this project. We wanted realistic characters, and took NSD actors for even our cameos. Above all, no technical team is habitual to the fact of always shooting without a set. Even the big mytho shows shoot outdoor for a brief span of time and get back to the set erected. Here, we did not have a set erected for the show. The challenges involved in shooting in different locations every day were humongous. We had to consider lot many things, like the weather condition to bring in a realistic value to our scenes. Also, since we had a start to end story, we knew that our climax would be huge and we will maintain the same quality of execution from start to end. So there were no surprises in store considering the weekly TRPs at all.”

Praising his Producer Dilip Jha’s dedication to work, Uday states, “It has been an amazing 3 years with Dilip. We have been together from Ek Duje Ke Vaaste. It is very difficult to wear two hats, that of a Writer and Producer and Dilip has been tremendous in managing it.”

About future plans, Uday quips, “In future I look at pitching concepts for the web space. I would like to create and even direct them. Also, anything and everything that I do in future, will have Dilip Jha associated in some way or the other.”

For all the loyal viewers of Yeh Pyaar, Uday promises them a great climax. “We have a fabulously shot climax coming up and I am sure people will love it. I will want to live the journey of Yeh Pyaar… fully and then move to the next ideas in mind. The story ends, but the journey doesn’t…..”

Best of luck for your next, Uday!!