What makes Baalveer must watch a show? Check out! Sab Tv’s Baalveer has sure shot the favorite of kids with the lead Dev Joshi aka Baalveer who has unique powers to destroy the evil powers or we can say Paris. Baalveer inspired the kids of his age to learn a few good things. When it was his time, he did whatever he could but as the time changed it became necessary to pass on his legacy so he found little Vivaan aka Vansh Sayani, and now he is leading as Baalveer.

Some things that make Baalveer a must watch show are:

Family show: The show is a family show and when it comes to kids, we all can sit together and watch Baalveer. There are not any vulgar or adult content so it is safe for our kids to watch the show. The cast: Be it Pavitra Punia, Dev Joshi, or Vansh Sayani the show has the big cast and it is good to see they still are sticking to the same cast. It makes us attached to the characters. Dev Joshi: He is sweet and innocent who got powers from Paris and is using it to defend the evil powers. Dev has been Baalveer from 2012 and it has been many years he is still doing the show. One of the many reasons is his determination that makes this show a must-watch. Script: When it comes to children, they like to see fairy tales and superheroes to which Baalveer gave a proper justice. We love the way the VFX, animation, costumes everything is sorted from the first day to make the show a perfect superhero show. 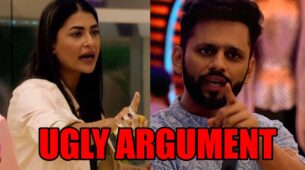