India’s favorite dance reality show, ‘Super Dancer’ has once again found a place in everyone’s heart and rocked the nation with the finest kids dancing talent from across the nation. The nationwide hunt for India’s magical dancing talent is gearing up for the Super Finale. It will be a finale filled with Super performances, super music and super fun! Joining the super judges Shilpa Shetty Kundra, Geeta Kapur and Anurag Basu will be Varun Dhawan. What will make this super finale a different one is that this time around, the viewers turn into judges and judges into viewers. With this reversal situation, viewers can live vote for their favorite contestants.

While the finale will air on television on 24th March, viewers can vote LIVE using the Sony LIV app. The unique aspect about this will be that audiences can see the voting results all through the show to know how their favorite contestant is faring.

Keeping true to the mantra, ‘Magic Mehnat Mein Hai’, Super Dancer Chapter 2 has reached its finale after the contestants putting their best foot forward week after week with their dedication and performances along with their super gurus. Akash Thapa from Dehradhun,Bishal Sharma from Assam, Ritik Diwaker from Kanpur and Vaishnavi Prajapati from Panipat have successfully reached the Super Finale and are working hard to be crowned the winner.

Ritik Diwaker, the 10-year-old from Kanpur is one of the most energetic and charming young boy who is versatile and relentless when it comes to his dance. ‘Ritik ka twister’ and ‘Ritik ka Chakrayvu’ became his unique super moves that have caught everyone’s eye. He has managed to master many dance forms under the guidance of his Super Guru – Pratik Utekar.

Vaishnavi Prajapati, the 5-year-old from Panipat is known as ‘Chota pataka lekin bada dhamaka!’ Being the youngest contestant on the show, she left an impression on the judges and also stood out because the judges were blown away by the fact that her dance trainer was a handicapped person and couldn’t walk. She has turned out to become a great dancer under the guidance of her Super Guru – Manan

Akash Thapa, 12-year-old from Dehradhun is mischievous and restless. Formal dance training given to him on the show has only helped hone his natural talent. He is a jolly little goofball and the naughtiest of the lot. Shilpa Shetty introduced the ‘Shikayat Peti’ where everyone can submit their complaints and after his performance every week she checks the complaints. He is guided by Super Guru – Vivek Chachere.

Bishal Sharma, 12-year-old from Assam is an adorable livewire. There is never a dull moment with this dynamic dancer around. One will always find him smiling and chattering away with his friends. He is also very inquisitive and observant. He increased his time of practice and learnt contemporary, hip-hop and many such styles. He is guided by Super Guru – Vaibhav Ghuge.

Tune in to Sony Entertainment Television at 8 PM to watch the Super Finale of Super Dancer Chapter 2 at 8 PM and live vote for your favorite contestant by downloading Sony Liv. 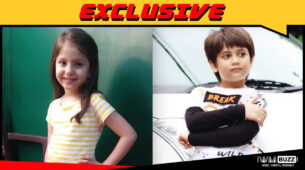