With supernatural shows getting more attention with the Indian minds, which show do you think has gained a lot of viewers?? Divya Drishti is an ongoing popular show on Indian television which is related to supernatural drama. It is the story of two sisters, Drishti played by Sana Sayyed and Divya played by Nyra Banerjee, separated by a witch at a young age. Both have been gifted with powers. One can see the future while the other can

change it. Both of them trust each other with all their hearts and always fight with all the danger together. The show has become fans’ favorite and is doing well on the number charts.

Whereas, Nazar is another supernatural drama based on Daayan, an evil entity. It is the story of daayan, Mohini, played by bold and beautiful actress Antara Biswas also known as Monalisa. Mohini turns into a witch and lives with her grandparents. She bewitches the Rathod family under her evil eyes. Nazar is all about fantasy, creativity and full of entertainment for the viewers. It has an excellent cast that includes Harsh Rajput and Niyati Fatnani in lead role and many other talented actors.

Both the shows have created a buzz among fans all around the world and both the shows are loved by the audience.

Which show do you think is the best supernatural show? Working out early in the morning is the best tip for everyday fitness: Priya Bathija 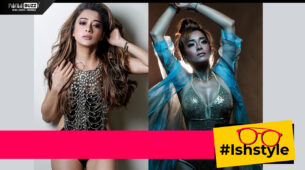