Sneha Wagh essaying the role of Moura in Sony Entertainment Television’s show Chandragupta Maurya is back to getting fit in real life. Sneha has been constantly working and therefore gets very less time to work out. Recently she was advised by the doctor to start gymming as it will not just help her relax and unwind, but it will also help her build stamina which is important for her. Recently Sneha posted few pics on her social media tagging her co-actors, and she mentioned that it was because of them she went to the gym.

Sharing what actually had happened, Sneha said, “Despite doctor’s advice, I was reluctant to go the gym but my co-actors Kartikey Malviya (who plays the role of Chandragupta Maurya), Saurabh Raj Jain (who plays the role of Dhananand) kept pushing me to go to the gym. They kept poking me everytime so much that I finally decided to go to the gym. I posted few pics and tagged them to give them a proof. But the next day, Saurabh and Kartikey told me that I would have gone to the gym just to post the picture and wouldn’t have worked out there. So, my next plan is to put up videos of me working out so that there is no room for them to doubt.”

Sneha is an extremely talented and versatile actresses and her role in Chandragupta Maurya is being appreciated by the viewers. The current track has Chandragupta under Chanakya’s guidance is training hard to steal Dhananand’s wealth. 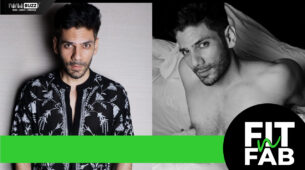