If you think you are a die-hard fan of Kundali Bhagya then this test right here can prove your claim in no time! A die-hard Kundali Bhagya fan? Take this test
Kundali Bhagya is a prime time daily soap that runs on Zee TV and is a spin-off of the famous show Kumkum Bhagya. However, we know that in no time this show has garnered tremendous fan following and has become an audience favourite!

If you think you are one of the die-hard fans of this show and should be a part of the Kundali Bhagya cult (if it exists that is!) then here’s a test that could prove your loyalty!

You are a die-hard Kundali Bhagya fan if-

1. You immediately got hooked on to Kundali Bhagya when you realised it was a spin-off to Kumkum Bhagya, and committed yourself to see the show from the very first episode

2. You feel like Kundali Bhagya is nothing like Kumkum Bhagya and it has its own flavour that is refreshing

3. The love triangle of Karan, Preeta and Rishabh is very interesting and you love every bit of the plot. Even the supporting characters who add spice to this plot seem exciting to you

4. You secretly hope that Preeta marries Karan because their chemistry is exuberant and it is a delight to watch the together on the show

5. You are certain that the star cast of this show, its storyline and the punch-filled dialogues elevate it to a whole new level,

6. Kundali Bhagya is better for you than Kumkum Bhagya, or any other show for that matter, and you will fight anyone who says otherwise.

7. You are praying for this show to not end anytime soon and maybe even have a spin-off of its own

If you are nodding in agreement to all of the above then we are thrilled to tell you that you are indeed a die-hard fan of this Zee TV show. 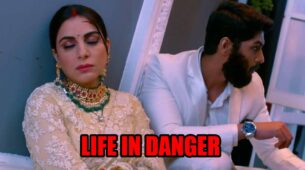