All festival looks of Abhi and Pragya will surely make you go wow, check out! No matter what, the festival always looks to charge us up with its environment, the happiness, the ethnic outfits, and the tradition. Say the Holi, Diwali, or Christmas, Abhigya aka Abhishek, and Pragya from Kumkum Bhagya gave us major festival looks over 6 years. Today, let’s take a glimpse of their all festive looks, maybe you will get some inspiration from them.

Kumkum Bhagya has been one of the most interesting, popular, and long shows on the television screen. We all feel proud to be a fan of Kumkum Bhagya as there wasn’t a moment when we felt like not watching the show. The journey of Abhi and Pragya had been a rollercoaster ride with many upsides and downs but in the end, they are together. That’s more important than anything to them, right?

Kumkum Bhagya’s Shabir Ahluwalia and Sriti Jha, the doting couple of the telly world have been blessing our eyes with their on-screen romantic sequence and also their off-screen friendship goals. Both being working on the same set and that too husband-wife for this long, definitely must have formed this strong connection, right?

Shabir Ahluwalia’s Abhi and Sriti Jha’s Pragya, both have been seen in various attires in the past 2 seasons of Kumkum Bhagya. Right from the Diwali celebration with the family to playing Holi with drinking bhang and applying colors to Pragya, Abhi did entertain us. They say the fairy tales are fake but seeing Abhi and Pragya, we get wrong every single time. Right from romancing to dancing with each other, we love the chemistry shared by Abhi and Pragya. 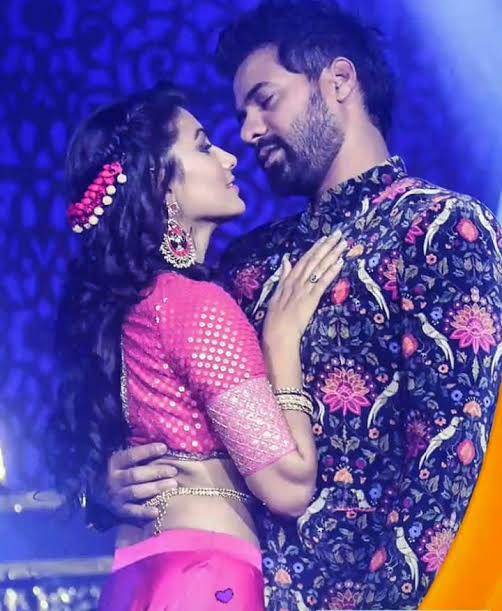