Kundali Bhagya: Preeta and Karan are here to bless your feed. Kundali Bhagya was witnessing a huge drama with Preeta’s (Shraddha Arya) marriage on cards. Whether she finally gets married to Karan (Dheeraj Dhoopar) or Prithvi is the biggest question in the minds of the audience, which saw the surge in TRPs.

In an exclusive interview, the duo sat down with us for a quick chat where they revealed how their off-screen friendship helps them build great chemistry on-screen.

While revealing how they broke the ice, Dheeraj and Shraddha reiterated that there was no ice whatsoever between them and that Dheeraj’s wife Vinny Arora had already worked with her and knew her, so they were very much comfortable since the beginning.

Dheeraj then revealed there was another scene where they get drench in rain whilst running from a hotel and end up in his car and just look at each other and laugh non-stop, which is the second favorite.

Karan tries to marry Preeta to take an act of revenge. He stops her wedding with Prithvi by taking his place in the mandap. When Karan reveals himself as Preeta’s husband, he goes down on one knee and proposes her. Preeta accepts his proposal and marries him instead of Prithvi. Well, that is the most romantic scene we ever witnessed, but soon our heart shattered as Karan revealed that he married her only to seek revenge and left her in the middle of the road crying and broken in the rain.

When Karan used to not take a stand for Preeta, that’s the scene that was difficult to do as it goes against their characters. Dheeraj quickly added, “That’s why I say that the off-screen chemistry that we share and the comfort we have, the talks we have, I believe that is what reflects onscreen. If we weren’t these great friends off-screen, it would have been difficult to do a few scenes because it would not look organic.”

So which is your best PreeRan scene? 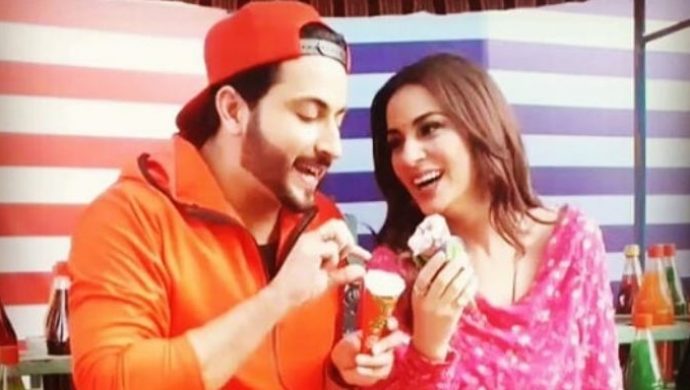