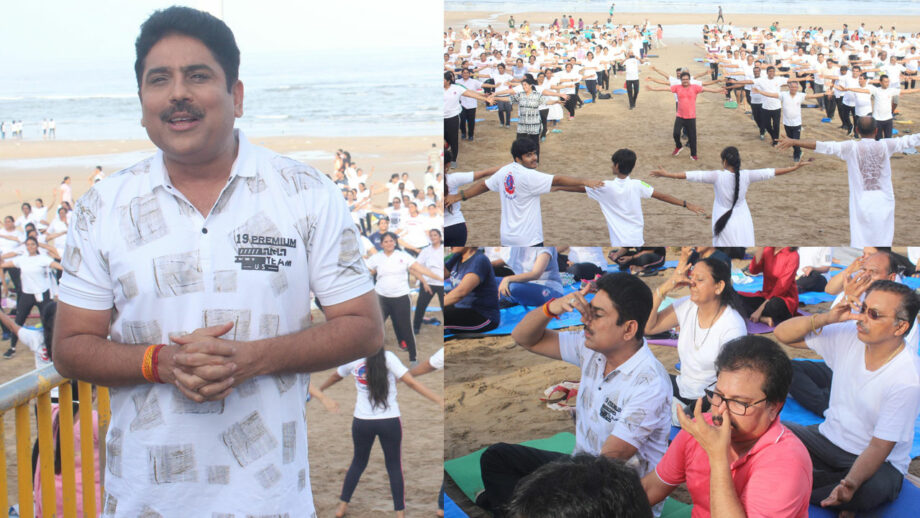 Shailesh Lodha, Taarak from Taarak Mehta Ka Oooltah Chashmah team, along with the creator of the show Asit Kumarr Modi, practiced Yoga on 21st June at Juhu Beach along with fellow citizens of Mumbai suburban. Shailesh Lodha encouraged the crowd to perform Yoga on daily basis for healthy living and not only on World Yoga Day. He later indulged into the meditation.

Says Asit Kumarr Modi, “Yoga is an ancient tradition of India which is now recognized and practiced globally by people from any caste or race. Through TMKOC, we spread happiness and laughter as laughter heals our heart and one should practice Yoga to heal our soul. Yoga is not just science but it’s a way of life.”

Taarak Mehta Ka Ooltah Chashmah the SAB TV show has been a long-running show doing really well for the channel.