The actors believe in utilizing time constructively on the sets of Zee TV’s Tujhse Hai Raabta, and this time Sehban Azim turned teacher!! 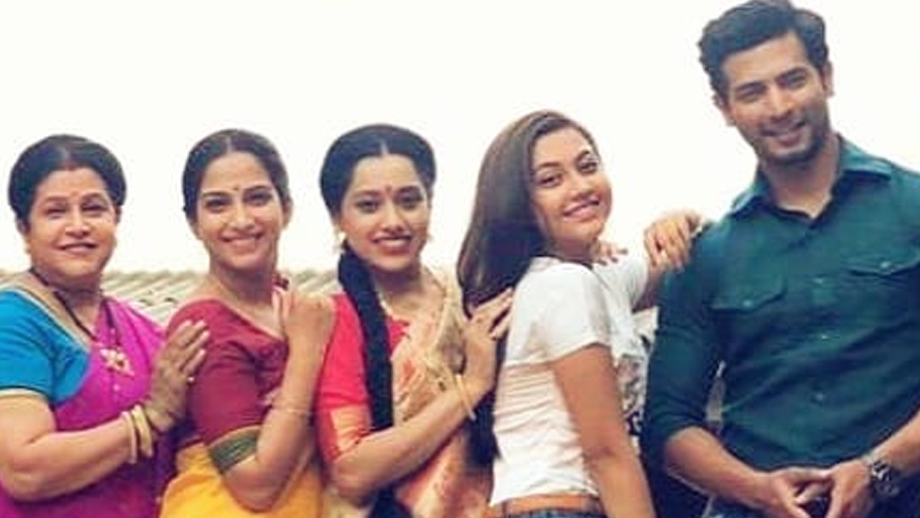 However, the tables turned recently when Sehban Azim took over the mantle of being the teacher!!

So what did the stunning Malhar Rane teach others in the cast?

Well, we hear that the actors on the set wanted to learn a new language. And this brought in Sehban to teach them Urdu.

So from learning Marathi from Savita (Ahilya) and Poorva (Anupriya), Sehban got on to teach the senior actors and Reem words and sentences in Urdu.

Talking about getting language lessons, Sehban shared, “In between shots we also like using the free time in a constructive manner. All of us usually rehearse the lines, but for a change we decided to teach each other a new language. Poorva and Savita ji decided to teach Reem and me some complicated Marathi words, so I thought I should return the favor and teach them a bit of Urdu. I taught them words like Begum, Nukhtaar, khauf. It was actually fun learning a new language and also teaching them something new.”

Poorva added saying, “The backdrop of our show is set up in a traditional Maharashtrian way and that’s why I feel that all the cast and crew members working on the show should understand some basic sentences in Marathi. Savita ji and I both discussed this and then decided to teach Sehban and Reem a few basic sentences with the right pronunciation. Both Sehban and Reem like good students picked up really fast and we all often speak in Marathi on set. We’re all never too old to learn something new in life.”