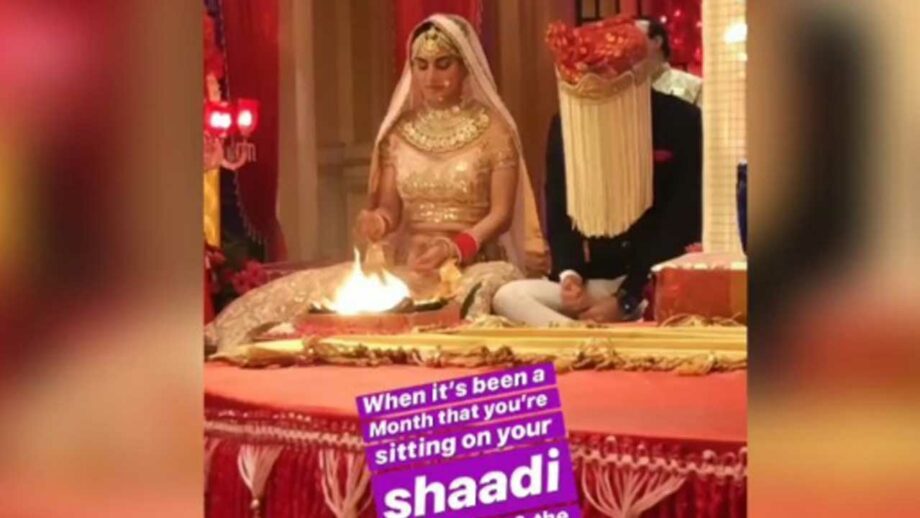 Kundali Bhagya, the popular Zee TV show produced by Balaji Telefilms, is an Indian romantic drama TV series that is a spin-off of Kumkum Bhagya, another loved television drama. Just like Kumkum Bhagya, Kundali Bhagya too has received a positive response from its fans and has been one of the most-watched shows on television.

Kundali Bhagya has always seen some interesting twists and turns.

Kundali Bhagya has had a lot of spicy, cute, adorable, chaotic, dramatic and some romantic moments for its audience to enjoy. The show has been receiving a lot of love and positive response for the same and hence is loved even now.

They are one of the cutest telly couples. What began as a love-hate relationship between Preeta and Karan, eventually attracted them towards each other. Having their share of fights and falling in love made viewers go ga-ga over their chemistry in the show.

Today, Shraddha Arya shared a video which featured her and Dheeraj Dhoopar as Karan and Preeta, sitting for their wedding in the mandap.

Shraddha Arya and Dheeraj Dhoopar shared some goofy moments together in the wedding mandap.

Have a look at the video below and do let us know how you liked the video.