Which Krishna has the best enchanting smile - Sourabh Raaj Jain VS Sumedh Mudgalkar Vs Nitin Bhardwaj? 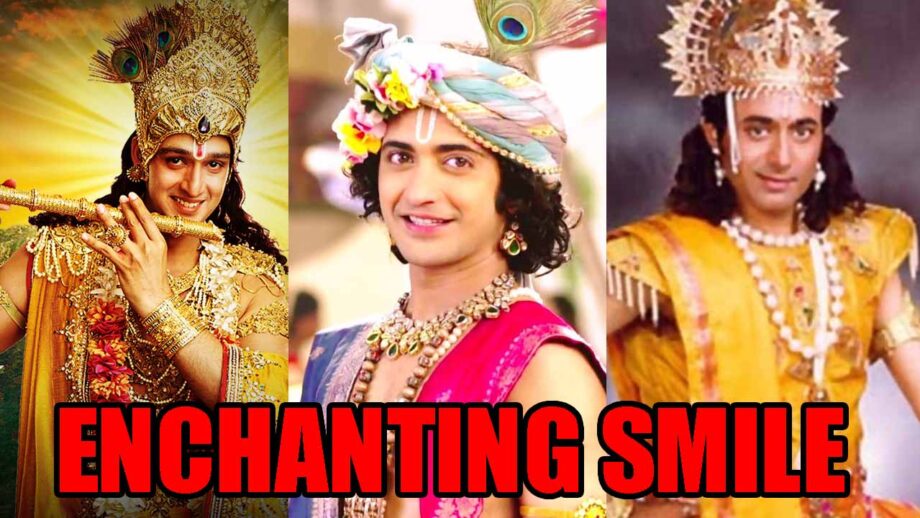 Sourabh Raaj Jain, Nitin Bhardwaj and Sumedh Mudgalkar are popular TV actors who have donned the avatar of Lord Krishna on the small screen. They have left a mark with their performance and have lived the character.

Sourabh Raaj Jain got instant fame by becoming the Krishna in Mahabharat on Star Plus. Audiences’ loved the way Saurabh enacted his scenes and especially the preachings he gave on the show. His sharp features and powerful voice enhanced the character. He looked amazing in Krishna’s avatar.

On the other hand, chocolate boy Sumedh Mudgalkar is playing Krishna in RadhaKrishn. Sumedh has taken the character to the next level with his performance. He looks calm and postured when he plays Krishna. There is no doubt that Sumedh has great acting skills.

When people think of Krishna on the small screen, actor Nitish Bharadwaj comes to mind immediately for his role in BR Chopra’s superhit show Mahabharat. The role left a permanent mark on his career. He did such a fine job as Lord Krishna that sometimes Nitish and Krishna seem synonymous with each other.

Which Krishna has the best enchanting smile? Comment below and let us know.