Loyal viewers of Sony TV’s popular show Porus (Swastik Production) is witnessing a lot of ups and downs in the on-going episodes.

In the upcoming episodes the viewers will see how Darius (Praneet Bhatt) will take revenge from Puru (Laksh)  by conspiring against him. He will be successful in convincing Bamini (Aditya Redijj)  that Puru has attacked Kanishk.

On the other hand  Anusuya (Rati Pandey) will be worried for Puru but Bamini will give orders to throw Puru in the dungeons till he announces his final verdict. While Puru is in the dungeons Darius will come to his cell and challenge him. He will also reveal his plans to Puru.

Later, Bamini will give a harsh punishment to Puru. He will give him death penalty.

What will be Puru’s further plan?

Are you excited to waitness the drama? Do let us know in the comment section below. 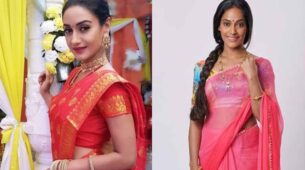