Bhoomi who will enter as Vedika’s sister will fight it out with goons to save Sahil in the Zee TV show, Aap Ke Aa Jane Se. In the coming episodes, Vedika’s cousin sister Bhoomi (Priyanka Purohit) will enter the show as reported by us.

While this will be happening and Sahil will be getting beaten, Bhoomi will come in as Sahil’s saviour and will try to fight the goons out.

As per sources, “Sahil will get badly beaten in the process and Bhoomi too will be attacked and will faint. Once Bhoomi would faint, Sahil will heroically fight the goons and then get unconscious himself.”

Later, Bhoomi will be shown bringing an injured Sahil home.

We tried calling the actors, but they remained unavailable. 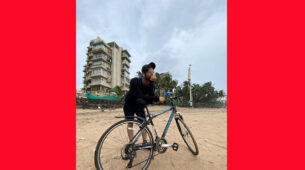