The &TV show will have a huge turnaround in the pre-leap phase of the storyline. 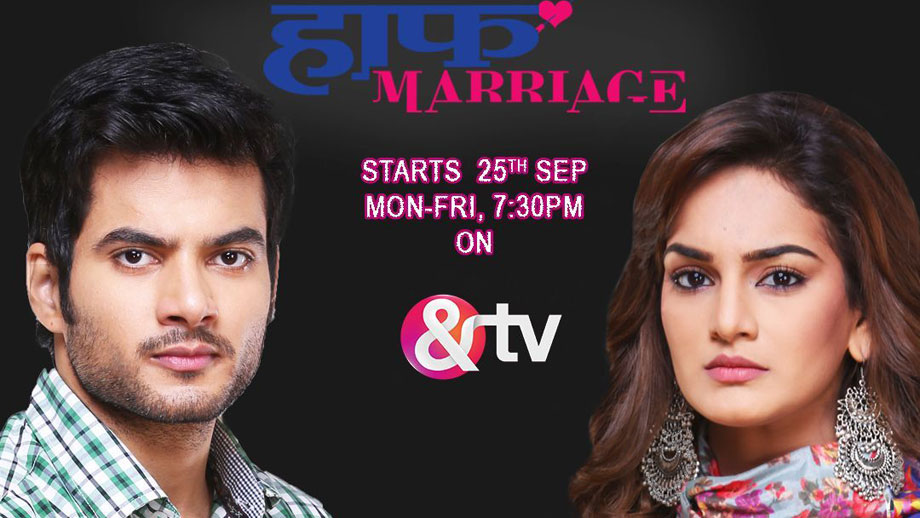 There’s going to be drama galore in &TV’s show, Half Marriage produced by Kavita Barjatya Productions.

With the show all set to take three years leap, the pre-leap climax is what the loyal audience is looking forward to. And trust us, there will be huge drama and a big turnaround just before the leap.

As we all know, the death of Rewa (Akshita Mudgal) has created an intrigue in the storyline. Arjun (Tarun Mahilani) is out for Surya Prakash’s (Avdeep Sindhu) life as he believes that he cheated his sister in love and is responsible for her death. On the other hand, Chandni (Priyanka Purohit) is left at crossroads, as she is trying to find out what exactly happened when Rewa went to meet her brother Surya Prakash.

At this juncture in the storyline, there will be a huge high point wherein a certain mysterious situation will force Chandni to shoot at her own husband, Arjun!!

The promo that is on air at the moment indeed sends a chill down our spine, with the treatment and content put forth in it.

We at IndianWikiMedia.com will give you a clear picture on the pre-leap climax in the show.

A credible source tells us, “Chandni will shoot at Arjun and he will be assumed dead. The show will take a three years leap, post which equations and characteristics of the prime characters will get changed.”

The post leap phase of the story will see actor Tarun Mahilani in a new look, that of a rich and sophisticated business man. Meanwhile, Chandni will have a guy in her life (to be played by Paras Madaan).

This new premise will set the pace for the new drama to unfold!!

We buzzed Tarun and Priyanka, but could not get through to them.