Ek Bhram Sarvagun Sampanna the Star Plus show will see Kabir and Pooja coming face to face for revenge. What will Kabir’s plan be? However, PK escaped the fire accident but will fall prey when he will fall off a cliff.

Now, as per the huge buildup and promo of Ek Bhram Sarvagun Sampanna, the focus will be on Kabir and Pooja.

The two of them will clash and while it will be a win-win situation for Pooja as she has taken her revenge with PK, it will be a burning anger within Kabir to get it even with Pooja.

Kabir will want to avenge the loss of his father and also of his family, as they have been brought to the streets by Pooja.

So how will Kabir proceed with his revenge against Pooja?

We at IWMBuzz.com decided to have a poll idea on the same.

So what are the options that we can think of, in the probable story line ahead?

Kabir will pretend to fall in love with Pooja

Well, well, it is time guys that you cast your precious vote

How will Kabir proceed with his revenge against Pooja?

And do let us know how you like this poll idea of ours at IWMBuzz.com.

Also drop in your comments on this track in Ek Bhram Sarvagun Sampanna. 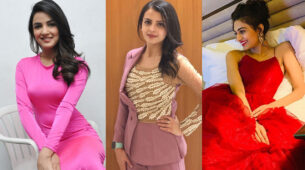