Get ready to see the biggest names from telly town come together and entertain the audience in a three-hour Diwali special episode of Kumkum Bhagya, Jashn Milan Ka, on 14th November 2020, only on Zee TV 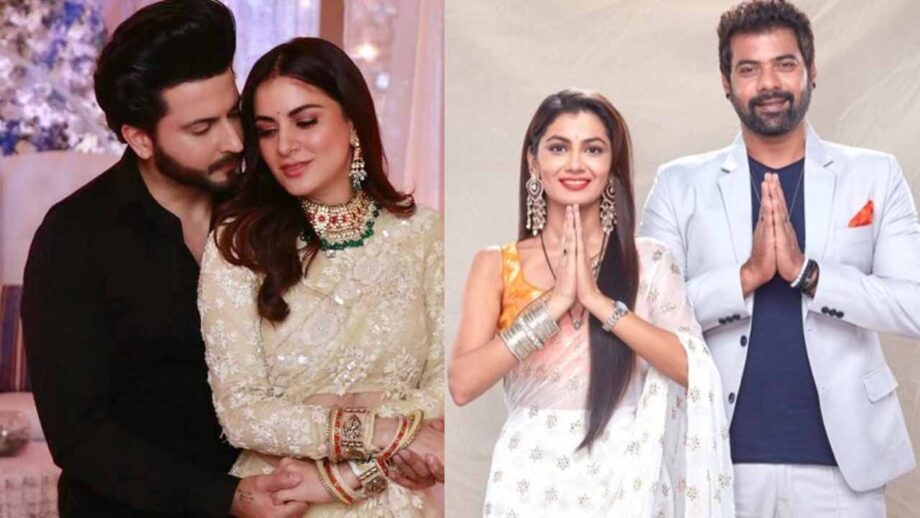 It’s that time of the year when everyone rejoices with the arrival of the festival of lights. While the pandemic might have posed its own challenges for all of us this year, Diwali brings with it a ray of hope. To delight its viewers, Zee TV has a special Diwali surprise in store for audiences with a three hour special episode of Kumkum Bhagya, Jashn Milan Ka, on 14th November 2020 at 12 pm and 9 pm.

While Diwali celebrates the return of Ram and Sita to Ayodhya, fans of the show have been waiting with bated breath for Pragya to return to Abhi’s house in Kumkum Bhagya. With the festival marking a new beginning for the audience’s favourite on-screen jodi, viewers will get to witness Pragya receiving a bahu-like welcome from Dadi, followed by Abhi Pragya performing the Diwali rituals together with hope in their hearts. The fun and entertainment quotient of the show will double up as Abhi calls for a Diwali celebration at his house, Jashn Milan Ka, and joining him will be all the popular Zee TV faces like Karan-Preeta, Ranveer -Prachi, Chhoti Guddan-Agastya and Rishabh- Shrishti. The three-hour long show will see twists and turns unfolding as Alia (played by Reyhnaa Pandit) tries to stop this new beginning and some fantastic performances put up by the television industry.

Surbhi Jyoti will kickstart the performances at Abhi’s house with a mesmerising opening act full of diyas and lights. Dheeraj – Shraddha, Shabir – Sriti and Krishna – Mugdha’s romantic acts will make your hearts skip a beat. Talking about Jashn Milan Ka, Sriti Jha who plays the role of Pragya in Kumkum Bhagya revealed, “I am very excited to shoot this special episode of Kumkum Bhagya, where Pragya returns to Abhi’s house and we have a grand celebration, because after a long time I’ll be shooting with the whole Kumkum and Zee TV family. It actually feels like coming home. To celebrate this new beginning of Abhi and Pragya, we have some surprises for our viewers too.”

Surbhi Jyoti, who will be performing the opening act, also mentioned, “I am really excited to kickstart the festivities after Pragya returns to Abhi’s home at Jashn Milan Ka. For me, Diwali is the time of the year which marks new beginnings and the scenario playing out in Kumkum Bhagya is so apt for it. The shoot was like a family affair, I thoroughly enjoyed it and my fans will be happy to see me dazzle with an alluring act.”

Viewers can look forward to a night full of love, romance and entertainment this 14th November. In fact, the special Kumkum Bhagya episode has a lot of surprises in store for its viewers, especially the Laxmi Puja performance by Deepika Singh, the sensuous performance by Krystle D’Souza as well as the Good v/s Evil act by V Unbeatable and Deepali Borkar.