Zee TV’s popular show Kundali Bhagya (Balaji Telefilms) has never ceased to entertain audiences with its entertaining and feel-good twists in the storyline.

Audiences recently witnessed Preeta (Shraddha Arya) marries Karan (Dheeraj Dhoopar) but gets insulted by the Luthra family and they kick her out of the house. Preeta takes a stand for herself and promises her mother that she will fight for her right.

As we reported, Preeta brings NGO personnels and police to the Luthra house and stages a protest asking for her rights as the legal wife of Karan Luthra.

Now, in the coming episode, Karan will be forced to accept Preeta as his wife as he would not want any drama in the family. He would take the decision for his family. However, Karan will ask Preeta to leave but she would refuse and claim to be his wife.

What will be the next move by Preeta? 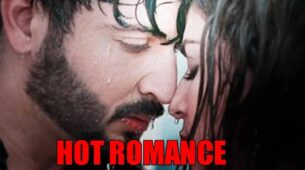