As seen so far, Aditya (Harshad Chopda) tells Zoya (Jennifer Winget) that he will appoint another lawyer so that she does not get entangled in the case. However, she says that his father will save them both.

In the plot, Arjun will give Pooja’s diary to Harsh so that he can study the case history and the evidence. Later, Harsh will produce various evidences in front of the court, which would make RV angry as the case will turn in Aditya and Zoya’s favour.

Harsh will prove Yash (Sehban Azim) as clinically depressed in the court. His financial problem would be raised and It will be prove that he committed suicide. He will also prove that Pooja Hooda went to ask for her 5 crores but he didn’t have the money. Hence, he committed suicide and took Pooja with him. This will shock Aditya and Zoya.

After listening to the lawyers and evidence, judge will declare that  Yash committed suicide.

Is this end of this mystery or there is a new twist ahead? 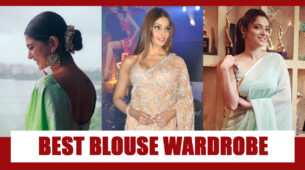