Sony TV’s popular show Yeh Un Dinon Ki Baat Hai produced Shashi Sumeet Production has been coming up with a perfect blend of drama and suspense in its recent episodes.

As per the plot, Sameer and Naina have met the wonderful actress Aruna Irani who has pushed them and motivated them to write a script of their own. She saw brilliance in their script and has asked them to modify and write it better. While meeting Aruna Irani will turn fruitful for Sameer and Naina. However, she categorically tells Sameer that he has chosen a wrong path and he does not have the caliber in him to become a good actor. While on one hand in Sameer and Naina will face Preeti’s mother-in-law’s wrath

We also informed the audience that Pandit comes to Preeti’s house along with his parents. He brings a marriage proposal for Preeti’s sister-in-law Tanvi. With this new relationship, the audience witnesses Sameer, Pandit, Naina and Preeti’s reunion. They cherish their school memories. Sameer gets to know about a major truth. He learns that his friend Pandit and Tanvi are actually in love with each other. However, this turns out to be Sameer’s misconception.

Tanvi tells Pandit that she is in love with Aditya. Hence, Pandit decides to refuse the marriage proposal to turn evil in front of everyone. He does it to save Tanvi from her mother’s anger. On one hand, Sameer and Naina ask Pandit about the entire drama. Meanwhile, Tanvi runs away along with Aditya and gets married to him in court. 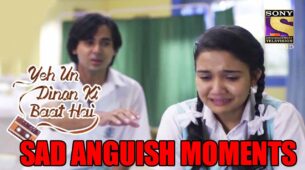