Guddan Tumse Na Ho Payega 23 April 2019 Written Update of today’s episode we see how Guddan and AJ have decided to start fresh with their marriage and the first step to that is by being friends again. 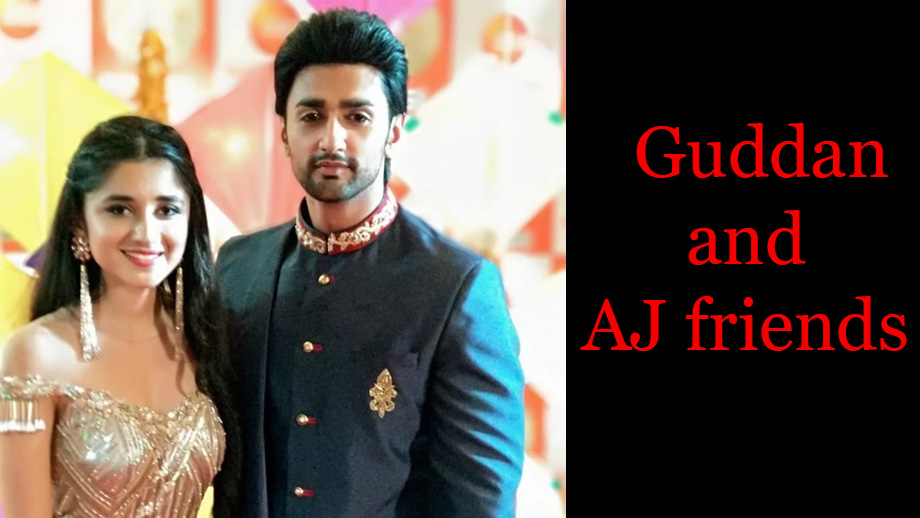 Today’s Guddan Tumse Na Ho Payega 23 April episode begins with Guddan (Kanika Mann) stopping Saraswati from leaving and she says to everyone that like Angad (Achal Tankwal), who got a second chance to improve, Saraswati should get one too.

AJ seems happy with this decision and eventually even Daadi gives in and Saraswati gets to stay. Later Guddan finds a gift by her bed-side, AJ tells her that he has bought a sim card for her. Guddan is happy because she doesn’t have to keep worrying about the internet dying out now.

She is also happy to know that AJ cares about her. Daadi enters their room to speak to Guddan and AJ. She tells AJ and Guddan that if their relationship is strong and they are together nobody can come in between them. Guddan tells AJ that like a normal couple they should get to know each other properly first. AJ agrees and says they should start fresh by becoming friends with each other.

The next morning Guddan gives AJ a smartwatch as a gift before he leave for work. Then Daadi gets a call saying Shanti Didi will be coming to stay at the Jindal Bhavan for 2 days. Everyone panics, except Guddan who has never met Shanti Didi.

Daadi tells Guddan that Shanti is the oldest in the family. She is not just old-fashioned but also strict about following old traditions. Guddan has to soon deal with Shanti didi and Daadi, Saraswati, Durga and Lakshmi are all trying to prep her well. At 6 pm, Shanti didi has arrived but Guddan is still getting ready. The written update of 23 April 2019 Guddan Tumse Na Ho Payega episode full story ends here.