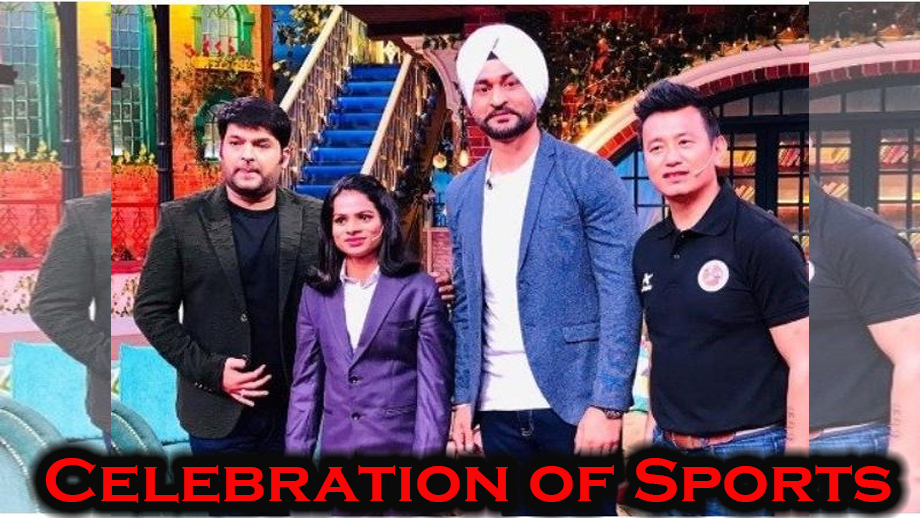 The Kapil Sharma Show 9 June episode today we see celebrated sportspeople Bhaichung Bhutia, Dutee Chand and Sandeep Singh enjoying on Kapil’s couch in the Sunday episode. The trio not only gave interesting insights into the sport they play, but they also revealed some fun personal anecdotes from their lives.

On the show, Sandeep Singh talked about the unfortunate incident when he was accidentally shot, that forced him to be bedridden for two years. Sandeep talked about how it’s a hard fact that in India we get pizzas within 30 minutes but ambulance takes more time. He shared how he had lost a lot of blood before he could reach the hospital and doctors had given up all hopes on him. But it was his will power and dedication that he made a comeback to the game and even become a captain to the team in 2009.

Sandeep shared that he runs a hockey academy with approximately 150 kids today. While he trains them to be the next generation of hockey, his family takes care of the upbringing of the kids. Kapil Sharma quizzed Bhaichung Bhutia if he has thought about having a biopic. The acclaimed footballer said that while he has been approached by many for a biopic, he feels his story is not too inspiring.

Dutee Chand then talked about her struggles when she started running. She shared that she had to manage and help her mother with household chores but that didn’t stop her from doing what she wanted to do. Dutee talked about the time when she used to run barefoot at the banks of a river near her house, as the roads were not meant for running and she didn’t have money to buy shoes. She also revealed that her mother used to make her wear a long frock that used to touch her feet, making it even more difficult to run. But she took all the challenges in her stride and fulfilled her dreams.

In a conversation with Bhaichung Bhutia, Kapil Sharma was surprised to know he belongs to Sikkim. The funnyman shared that he plans to travel to Northeast with his family soon. Bhaichung happily informed Kapil that he has a huge following there and he should definitely visit the place for his fans. The written update of 9 June 2019 The Kapil Sharma Show episode full story ends here.