In today's episode of Kumkum Bhagya, we see Abhi going to Meet Pragya in Hospital but she moves out and another hand the smugglers trying to smuggle gold. 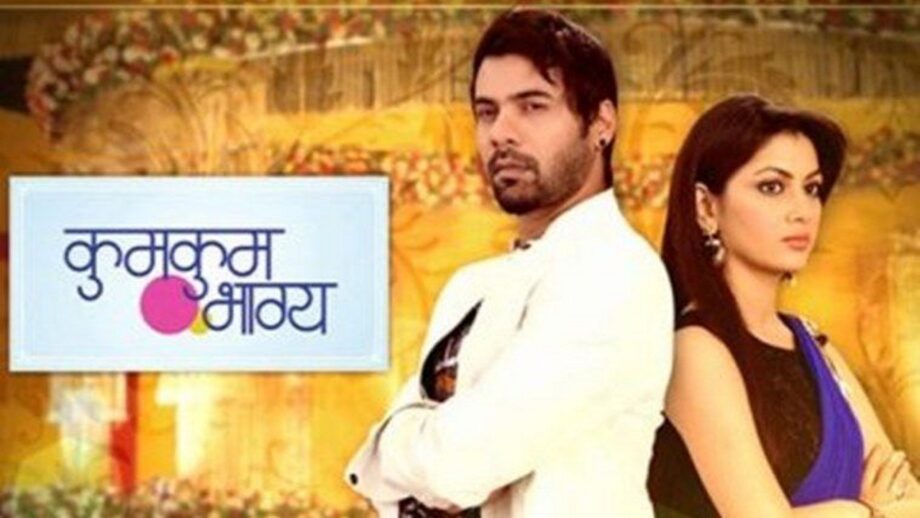 Today’s episode of 10 September 2019 Kumkum Bhagya starts as we see Prachi and Rhea entering a room. Prachi tells Rhea about she saw Rhea and Ranbir together. But before Prachi tells everything, Rhea gets tensed as her friends also listen to their conversation. So Rhea asks her friends to get out of that room. Prachi tries to console Rhea as she feels that Ranbir has hurt Rhea. Rhea learns that Prachi hates Ranbir a lot. Still, she asks Prachi not to reveal the secret to anyone else. But Rhea’s friends try to overhear the conversation between Rhea and Prachi. Meanwhile, the smuggler shows the photo of the daughter of the priest to his goon. He asks his goon to kidnap the girl as they intend to steal the gold. Meanwhile. Abhi reaches the hospital. While getting down from the car, he sees Pragya looking for a cab. But before he reaches her, Pragya gets into a cab and leaves from there. Abhi tries to call her but she couldn’t see him.

While he tries to get into his car and take a U-turn, the traffic police stop him. So Abhi gets down from the car. He literally runs to stop Pragya’s car which is at the signal. Pragya also feels that she saw Abhi but by that time her cab moves ahead. Abhi (Shabbir Ahluwalia) gets very disappointed. On the other hand, Rhea tries to make Prachi feel something for Ranbir by praising him. But Prachi assumes that Rhea actually loves Ranbir. She tells Rhea that there is no quality because of which she will love Ranbir. Rhea gets disappointed as she fails to make Prachi fall in love with Ranbir. On the other hand, goon takes the priest in a room with a fake reason. Abhi in the meantime gets hurtful as Pragya couldn’t hear his voice. He gets reminded of some old memories when he started teaching Pragya how to drive. In the Mehra house, the goon keeps a knife on the pandit’s neck. He takes the room where Pandit’s daughter is tied to a chair. The pandit tries to oppose but he fails. The smuggler asks the pandit to do a task for him in exchange for his daughter.

Meanwhile, Prachi goes to tell Ranbir to stay away from Rhea. But both of them end up fighting. Later on, Prachi asks Ranbir to stay away from Rhea. But Ranbir pretends that he rejected Rhea as he loves someone else. Prachi scolds Ranbir for rejecting Rhea and hurting her. On the other hand, Meera hears the sound of someone crying loudly. She moves towards the storeroom where the priest and his daughter are kept. The pandit requests the smuggler not to ask him to steal the gold. The smuggler tells him about how he earned money by doing smuggling of gold but he is finding it difficult now. In the meantime, Abhi walks on the road remembering the moments with Pragya. He gets very desperate to meet Pragya. The written update of 10 September 2019 Kumkum Bhagya ends here.

Kumkum Bhagya: Why fans want to see Ranbir and Prachi together?