In today’s episode of Kumkum Bhagya we see Chachi struggling with Pragya and Prachi, while the girls leave for Delhi to rent apartment, and Abhi boldly asking Dadi that if she wants all of this to go away and not get fined then she has to bring Pragya back. 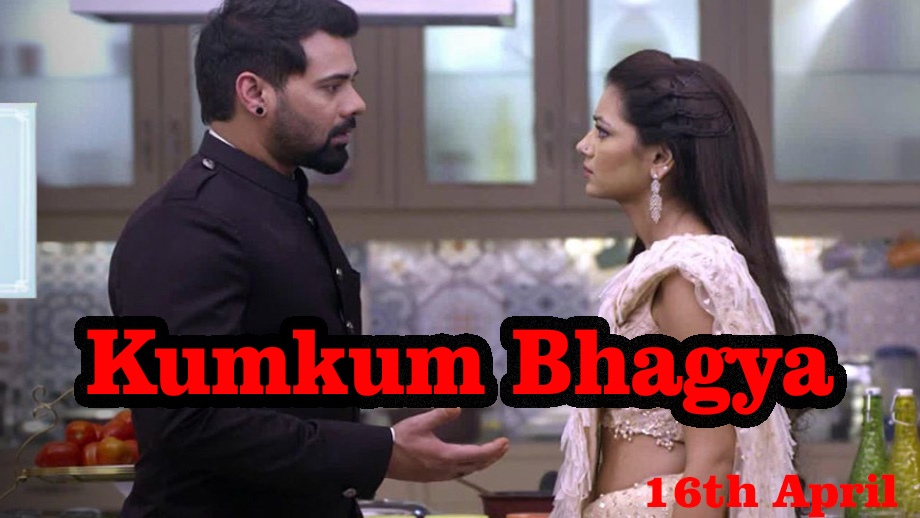 The Episode starts with Chacha interfering and asking Chachi to end the matter to which chachi replies that his relatives are humiliating her and asks them to leave immediately. Pragya tells Chacha that they will leave in the morning. Chachi asks Prachi to apologize to her now itself else she won’t let them stay here. Pragya tells her that she will not let Prachi apologize and bend down in front of her. Chachi asks them to leave. Pragya, Prachi and Shahana leave from there.

Pragya, Shahana and Pragya are walking on the street. Shahana says lets sit for sometime. Prachi cries and tells Pragya that they shall go back to Hosiarpur and tells that she is fighting since she came here, and tells that this city is very bad, first it humiliated her and then made her sit on the street. She tells that she don’t want to lose her self-respect and tells that she wants to return home. Shahana hugs Pragya and cries. Prachi says sorry to Pragya and says she has to come here, had to come to police station for her, and had to bear insults by Chachi. She cries and says she doesn’t want to stay here. She asks her to fight with others to prove her innocence. She says if they leave this city then it would be like leaving their dreams and themselves behind. She says nobody can snatch their rights from them. Prachi asks where would they live out there.

Pragya says there is a solution for it, and tells about the line game. She asks her to make her so big that others look small. She tells her that she will not leave this city until she wins. She tells that she will get her savings transferred here and tells that they need to identity the right way. A Lady then introduces herself as Sarita behen and says she has house for them. She gives her visiting card and asks Shahana to memorize the address and return the card. She takes the card and asks them to come in the morning. Shahana asks where they will spend the night. Pragya tells that they will buy platform ticket and sit there.

Rhea gets a dream in which Prachi tells Abhi that Rhea has stolen necklace in her own house. Abhi slaps her. Prachi and Shahaha laugh loudly. Rhea wakes up and shouts. Abhi and Meera come to her room. Rhea tells that she has seen a bad dream. Meera says your dream will not be fulfilled. Abhi asks why did she get scared being his daughter.

Meera is in the kitchen. Abhi comes there and asks for Rhea’s birth certificate. Meera says she will give after making lep for Dadi. She asks him to tell Dadi that he has seen Pragya, to make her happy. Abhi says ok, I will convince her.

In the morning, Pragya, Prachi and Shahana come to Sarita behen’s house. Sarita behen says she stays alone here so giving house on rent and that she has some rules and regulations and tells that there shall be no noise or friends shall not come here, no late night, etc. She asks them to give rent on every 3rd of the month. She asks Shahana if she doesn’t like the house then go and search red fort. Sarita behen asks them to get the house clean and come to her room. Prachi asks Shahana why she was making faces. Shahana dislikes the house. Prachi says we don’t need to give deposit here. Pragya says once we clean the house, it will look good. Prachi asks Shahana to search red fort in Delhi and acts like Sarita behen. Pragya says her face is such and kisses on her cheeks. Shahana smiles. Pragya hugs Shahana.

In the precap of Kumkum Bhagya we see that Abhi asks Dadi if she doesn’t want to get fined then she has to bring Pragya back. Dadi is surprised. Pragya is crossing the road, and Prachi is on the other side. A car comes and hits Pragya. Prachi screams ‘Maa’ out loud.