Kundali Bhagya Written Update Ep 29th October 2020 we see that Srishti and Sarla do not attend the function as Sarla has high fever. Karan places a ring in Preeta’s finger. 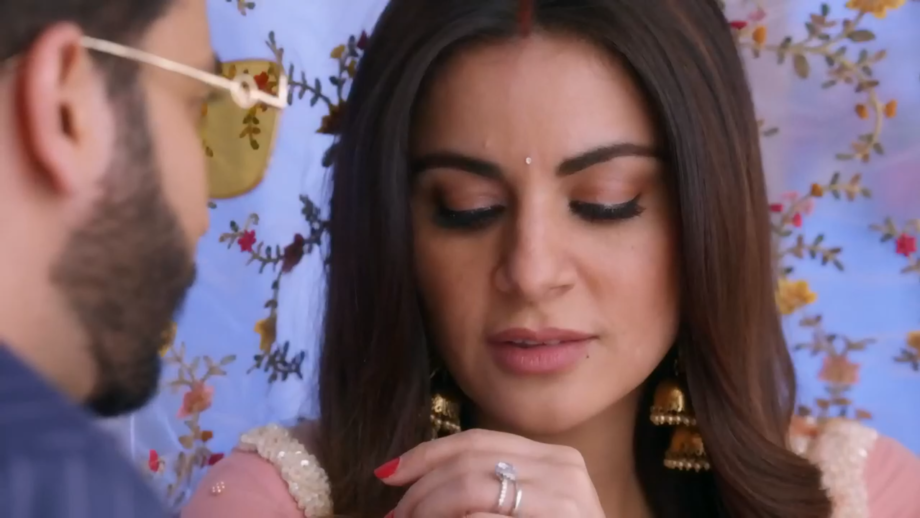 The episode starts with Nimmi praising Preeta. She says Preeta looks beautiful and honest; also she says that Rakhi chose an amazing life partner for Karan. Rakhi wants to talk to Nimmi in private. Srishti informs Preeta that Sarla is having fever so they will not be able to come to her function. Preeta tells Sameer that she wished that all her family would be present because it was her first function in the new house.

Sherlyn is thinking about how Preeta challenged her, Sanjana enters and tells her that she heard rumours of Ramona leaving the house. With that Sherlyn replies that even Mahira left the house. Karina thinks of the past and she doesn’t even listen to Dadi who is trying to calm her down.

Rakhi asks Dadi to start the rituals, Rano asks Karan to sit beside Preeta. Nimmi asks Karan if he bought a gift for Preeta or no, to which Karan replies that he gave his life as a gift to Preeta. Karan lifts the veil and asks what is mixed in it because everyone is busy caring for Preeta and, even he started caring for her. Karan and Preeta start arguing, which made everyone laugh. Karan places the ring in Preeta’s finger.

Precap: Preeta thinks she won the game and she still has the ball with her. Preeta is shocked to see Mahira.