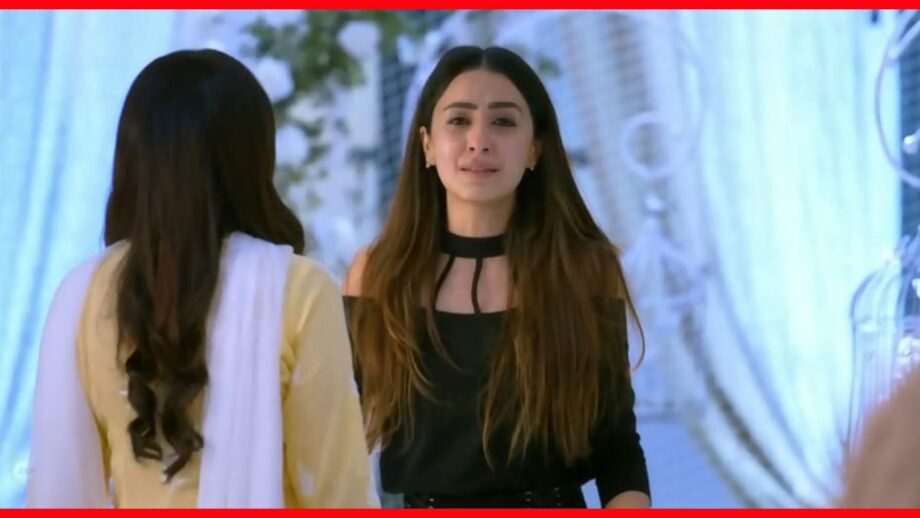 The Episode starts with Rakhi exclaiming that Preeta has married Karan, so no matter what the situation is Preeta is Karan’s wife. Rakhi feels Mahira is obsessed with Karan and so she is around him all the time, so she asks Ramona to take Mahira back to her house and teach her how she can live her life.
Mahira says that if they think her love for Karan is madness then she is mad and even they can call her mad. Rakhi orders Ramona to take her daughter Mahira as it can create and can ruin the family. Rakhi exclaims that Preeta will not leave the house as she is a member of her family. Mahira meets Karan to inquire why he is not saying anything and also says that she won’t be able to live without him. Karan calms Mahira and says that they are best friends and wants her to be happy.
Preeta claims that she would be happy to see Mahira leaving the house. Preeta says Mahira in her madness ruined her plan. Preeta says that she lost because she tried to perform the Seetaharan but forgot that the Rawan was not able to touch Seeta, and Mahira won’t be able to touch her. Mahira says that she will remember all the conversations they had.

PRECAP: Mahira pleads with Karan while Preeta is throwing her out of the house. Everyone are watching Mahira and Preeta closes the door on Mahira’s face.