Kundali Bhagya Written Update, Episode 807 22nd October 2020, we will see Preeta threatening Sherlyn to have a secret affair with Prithvi and trying to kill Janki Aunty. Karan and Preeta have a sweet time together. 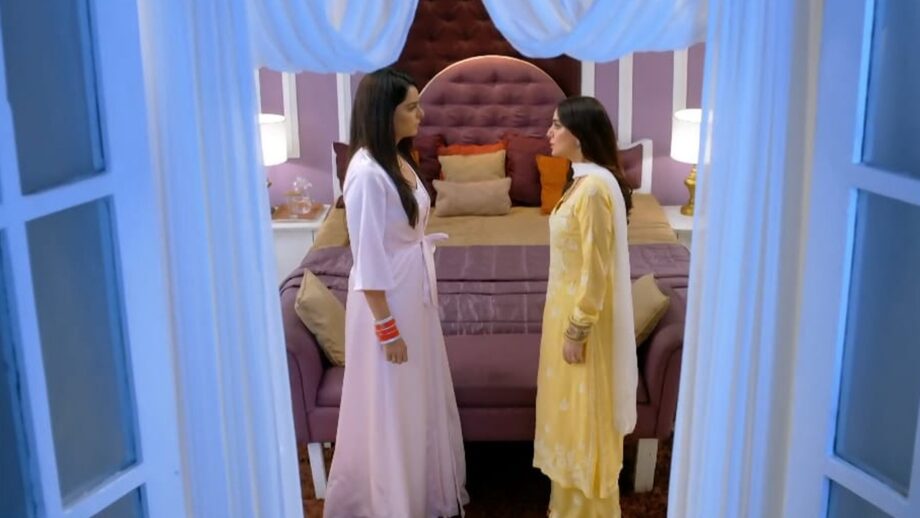 In the start, Sherlyn and Preeta are arguing. Sherlyn says that Preeta always talks of correcting relations but this is not the case as she has not accepted her. She says that it takes two hands for clapping, but Preeta says that one can only use a single hand to make a snap and if she told everyone the truth about her then she won’t get another family like the Luthra’s.

Rakhi thinks that Preeta was kidnapped. Rakhi thinks that she should go and tell Maira that she has to go from their house. Karan is playing. Preeta enters, he shouts which shocks Preeta. Peeta is feeling cold, she asks Karan to increase the temperature or turn off the AC. Preeta sees the remote but Karan doesn’t give it to her. Preeta falls on Karan and they just stare into each other’s eyes.

PRECAP: Karan asks for the remote from Preeta. Rakhi wants Maira to go back to her house.