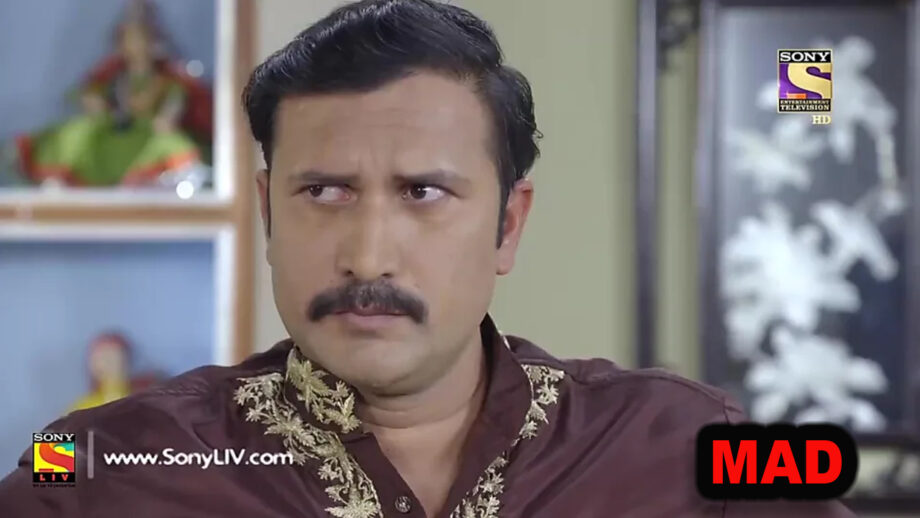 Today’s Yeh Un Dinon Ki Baat Hai 13 June episode begins with Aditya and Sameer (Randeep Rai) were at a Vada Pao shop. Aditya was fond of spicy but Sameer wasn’t used to it. Aditya said he got used to it in Bombay. Sameer said Papa ji said it was Mumbai now. They both smiled. Aditya thanked him for yesterday. Sameer said he knew the value of dreams. Aditya called himself his friend and special guide of Mumbai. He showed Sameer as to how to eat it. Sameer asked for water right after a bite but Aditya gave him a green chilli instead. Sameer still found it spicy. Aditya smiled seeing his expressions.

Rakesh found out that Sameer left on his own today. He did this on purpose. He did not want to take him along. He was only trying to make sure he won’t fall in any bad company. He should head back to Ahmedabad. Naina denied. He wanted to take her with him but he thought Naina must be tired. There was so much to do at home too including bills. Rakesh agreed.

Preeti saved Rs. 11 from the budget she had to buy grocery. She felt proud. Nirmala ji was looking for Preeti who was busy hiding her money in some box. Landline rang. Nirmala ji attended it. It was Gauri. She asked Nirmala to come over soon. They discussed something. Nirmala ji said what she will do. Gauri said they are her relatives after all. Nirmala ji agreed.

Gopal introduced Dr. Kumar to Nirmala and Vanita. Dr. Kumar was a psychiatrist. Gopal said he called him for Rakesh’s treatment. He will treat him. Just make him meet Rakesh once. Nirmala ji did not want to meddle in their matter but Gopal said what if he got into an argument with someone at the society. Vanita added that they must treat him soon. Nirmala ji assured them he won’t harm anyone. Gauri asked for guarantee. Nirmala ji went quiet hearing that. Gopal suggested them to introduce doc to Rakesh somehow. Introduce him as their friend or relative.

Nirmala ji, Vanita, Gopal and Gauri came to Naina’s (Ashi Singh) home. They found Rakesh in an upside down position. Gopal introduced Dr. Kumar to Naina and Rakesh. They talked sarcastically as always. Doc sat next to Rakesh and asked him a few random questions. Rakesh found them odd. He ended up sharing that father used to beat him a lot when he was a kid. He used to beat his school friends in return. The other similar questions irked Rakesh. Naina brought tea for everyone but Gauri took her back in the kitchen on the pretext of keeping her away from what was going on outside. Gauri ended up telling her that Kumar was a psychiatrist. Her Papa will be fine.

Doc asked Rakesh if he ever was in a shock. Rakesh asked him how he dared ask so. Nirmala ji got tensed. Rakesh asked him to leave right away. He shouted at him. Vanita said what he was saying. They brought him here for his treatment only. Gopal added that they were trying to help him in his treatment. Rakesh shouted at them to stop and asked who told them this. They took Sameer’s name. Rakesh threw them out of the house. Doc spoke of shock therapy but Rakesh shouted at him again. Vanita was the last one to run out of the house. Rakesh shouted angrily. He looked at Naina who seemed to be avoiding his gaze.

Sameer and Aditya shared a cup of tea amongst each other. Zindagi Ka Naam Dosti played in the background. Sameer thought of Munna and Pundit. Aditya asked him if he was thinking of something. Sameer shared that he was missing his friends. Aditya said now he has more friends by his side. He needed a new professional portfolio now. The budget will be somewhere between 5k to 15k. Sameer asked him if he knew someone. Aditya denied. Sameer spoke of making it later. Aditya paid the vendor. Sameer offered to do it but Aditya reminded him they were friends now.

Naina requested her Papa to listen to her. He said there was no point of staying now. She tried to explain Sameer’s stance. Rakesh refused. He kept his suitcase down realising something. He won’t go without answering Sameer. He will slap him first and then go. She asked him to slap her too. She was equally at fault. Rakesh said she wasn’t there. He will slap Sameer first. It will be such that he won’t forget it ever. Doorbell rang. Naina ran to the door thinking it will be Sameer but it turned out to be the postman. She took the parcel from him.

Doorbell rang again. Naina hoped it is Sameer and it was indeed Sameer. He asked her if everything was fine. Rakesh came out wearing a birthday hat and blew onto some toys. Sameer asked him if he was fine. Rakesh denied and accused Sameer of calling him crazy. Sameer said he said that to save him. Rakesh slapped him. The written update of 13 June 2019 Yeh Un Dinon Ki Baat Hai episode full story ends here.

In the upcoming episode of Yeh Un Dinon Ki Baat Hai watch how Rakesh tells Sameer and Naina that they played with his dignity and started to leave. They try to stop him but he slips on a banana peel and falls. Stay tuned!