Yeh Un Dinon Ki Baat Hai 24 May 2019 Written Update of today’s episode we see Rakesh telling Sameer that success cannot be achieved in one day. He motivates him. 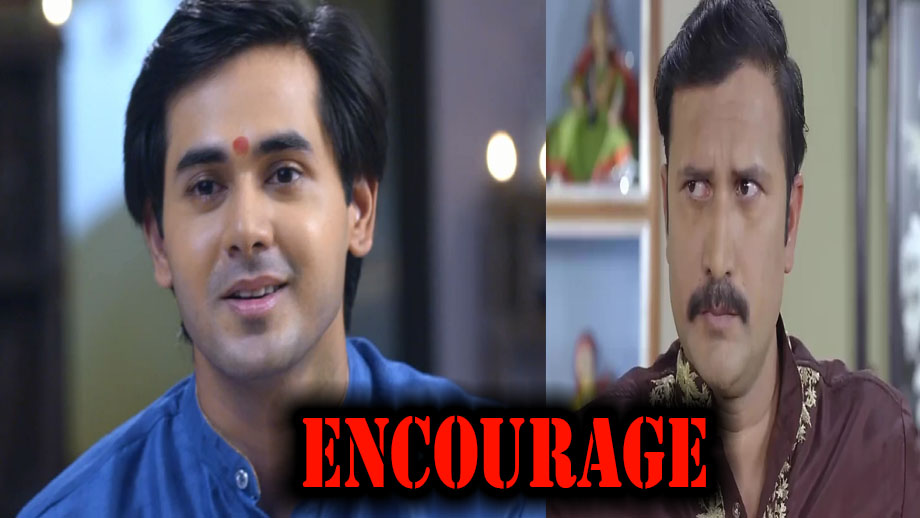 Today’s Yeh Un Dinon Ki Baat Hai 24 May episode begins with the Vanita informing Rakesh, Sameer and Naina that everyone has decided they cannot stay here. Rakesh tries to convince her but to no avail. Naina rushes to Preeti’s house and tells her their lie has been caught. Preeti asks Nirmala ji to do something.

Rakesh and Sameer are still trying to make Vanita understand but nothing helps. Nirmala ji and Shubam come there. She tells Vanita no one can disrespect her relatives and that she takes their responsibility. Vanita tells her how they failed the interview. But Nirmala ji retorts with her own line of questioning and she finally relents but tells them she’ll observe them first and only then make a decision. Rakesh, Sameer and Naina thank Nirmala ji and Shubam.

On their way to the apartment they meet Gopal who tells them to shift the cupboard or else he’ll complain to the Secretary. Sameer agrees to do it soon.

Vanita asks the guard to keep an eye on the new tenants. A letter comes in for Sameer and Naina which Vanita starts opening, it has the beach pictures of Sameer and Naina, when she sees Shivani. She then asks her to get them delivered and follows her.

Sameer and Rakesh shift the cupboard in. An argument over money ensues between the two and Sameer walks away upset.
Naina comforts Sameer and tells him everything will be okay. She asks him to be nice to Papa and that they need him.

When they sit down to eat, Sameer still looks upset and refuses to eat. Because of that Naina and Rakesh don’t eat either. Rakesh gets angry and tells Sameer how everyone has to struggle to make it big. That he shouldn’t give up in one day. Sameer agrees. They decide to start fresh.
The written update of 24 May 2019 Yeh Un Dinon Ki Baat Hai episode full story ends here.

Precap: In the next episode, we see Naina and Sameer get separated while traveling in the Mumbai local.