Yeh Un Dinon Ki Baat Hai 28 May 2019 Written Update of today’s episode we see how Sameer is frantically looking for Naina and everyone chips in and starts helping him. 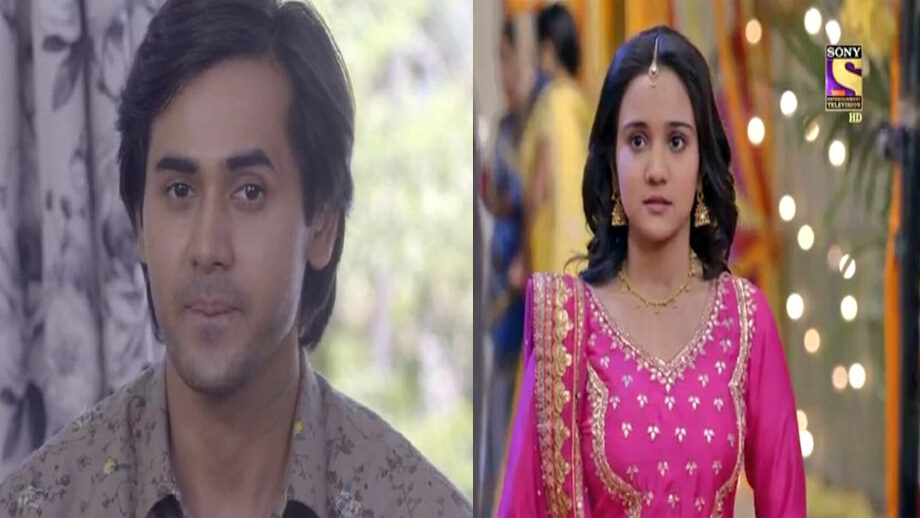 Today’s Yeh Un Dinon Ki Baat Hai 28 May episode begins with Rakesh asking Sameer (Randeep Rai) to come along for searching Naina (Ashi Singh). Gopal knocks at their door. Rakesh tells him he will sort his problem later but Gopal offers to help. Rakesh thinks for a moment and then nods. Gopal calls his friends. Vanita, Sahiba and Sejal look on from the door. Gopal asks Naina’s details.

Rakesh is confused about her age; her clothes. Sameer tells Gopal. She was last seen in Andheri Station. Gopal informs some guy named Bhonsle. Sameer shares her description. Vanita wonders how he can tell so much in detail about his Papa’s friend’s daughter. Sejal says they have stayed together for so long. Vanita stays put.

Sejal asks Sameer about the station on which they got down. Sameer tells her. Vanita asks them why they look so upset. Sejal tells her that Sameer and Naina went to Andheri Station. Naina went missing since then. Vanita looks around the house while Sameer and Gopal are talking. She asks Sameer why Naina went with him. She wants to become CA. She went to fill the form. He collides with Sahiba and backs off. Gopal suggests Sameer and Rakesh to come to police station to file report. Vanita says it is Rakesh’s daughter. Gopal replies that Naina went with Sameer after all.

Nirmala ji confronts Rakesh as soon as they come downstairs. She asks Sameer why he had to go in a local train. He reminds her that she only told him to avoid a taxi to save money. Nirmala ji nods. Vanita asks her who two she is pointing at. Gopal tells her not to waste their time then as they have to file the FIR asap. They hear the honk of a car and look on. Sameer and Naina run towards each other as soon as Naina comes to the society. Nirmala ji, Vanita, Gopal, Rakesh and Sejal look on. Rakesh calls out to her and hugs her before they can hug each other.

Sameer and Vanita ask Naina where she was. Vanita asks her what she is doing with her husband. He shares that he was stuck in red light. He honks at Naina and recognizes her as their new tenant. He introduces herself as Vanita’s husband. He notices her tensed. Rakesh and Naina thank Jatin. Vanita and Jatin head home. Rakesh, Naina and Sameer also go upstairs. Nirmala ji makes faces as everyone goes to their respective homes.

Naina is still very much scared. Sameer follows her inside the house. Rakesh thanks Gopal for helping them who tells him to take care of Naina. Sameer hugs Naina. She cries holding him tight. Tu Mile Dil Khile plays. He asks her where she was. He tells her he won’t leave her hand ever. Rakesh asks Naina how she got lost in Mumbai. Ahmedabad is also a big city. Sameer requests him not to scold Naina. He asks them to check the envelope. Naina looks at the photos and gets tensed. Rakesh asks them why they asked the guy to deliver the photos here. Naina goes inside quietly.

Naina and Sameer are lying down holding each other close. He kisses her on her forehead. Rakesh shifts in his bed. He hears some sound and asks aloud if a mouse got inside. Sameer plays music so as to douse the sound. He holds Naina close. Rakesh shouts at them to shut it off. Naina tells Sameer to let it be but he refuses. They drop the jug in the process. Rakesh comes to their room shouting. Sameer opens the door. Rakesh opens his eyes to check and hears no sound. He smiles in relief.

Sameer plays the music on low volume which wakes up Rakesh again. He increases the volume intentionally to drown his shouts. Rakesh takes the keys and walks out of the house. Sameer and Naina are holding each other close. Rakesh is surprised to see the city still awake. tries to open the door of Sahiba’s apartment using his key by mistake. Sahiba peeks out of the eyehole and is shocked to see Rakesh. The written update of 28 May 2019 Yeh Un Dinon Ki Baat Hai episode full story ends here.

In the upcoming episode of Yeh Un Dinon Ki Baat Hai watch how Rakesh falls on Sahiba as soon as the door opens and Vanita comes running. Stay tuned!